New National Party leader Judith Collins is already targeting Prime Minister Jacinda Ardern - and ensuring she won't get away with any "nonsense" - but one of her own senior MPs may be the first in her sights.

But the Prime Minister is spending the "bare minimum" of her time thinking about the upcoming election.

Jacinda Ardern said she accepts there is an election this year and that there will be politicking, but her focus is on the Covid-19 pandemic.

​Ardern said politicking will not mean much to New Zealanders, who will be expecting the Government to be focusing on the Covid-19 response, and she hasn't spent much time thinking about squaring off with Collins.

It comes as the  future of health spokesman Michael Woodhouse is in question, after Collins today refused to publicly say he would be keeping the job.

Woodhouse's future is in doubt because of his involvement in the scandal last week over Covid patients' details being leaked by former party president Michelle Boag and MP Hamish Walker - a saga that played a role in Todd Muller's decision to quit as party leader.

Woodhouse also received information from Boag and his future as National health spokesman will be determined today.

While Woodhouse did not leak any information, questions were asked about whether he and Muller should have revealed Boag also leaked information to him sooner.

"That is a very good question and one I will be answering pretty soon, once I have looked at the facts. I have had no oversight of that," Collins told RNZ when asked whether Woodhouse will retain the role.

She said she was "absolutely not at all comfortable" around the leaking of patients' details.

"I have not seen anything quite like that and I am taking it quite seriously.

"I'll be talking to Michael today, we'll be getting some information on that and then I'll be making a call."

She had no doubts about Woodhouse's competency and work ethic, but would make a decision once she had got her head around the issue.

Ms Collins said  last night she felt ‘‘privileged to have been chosen to lead the National Party at this important time in our history’’.

‘‘My focus as leader will be helping rebuild our communities and dealing with the economic and jobs crisis by getting Kiwis back to work,’’ she said in a statement.

‘‘Only National has the experience and skills to get us through this. We are a strong team and I look forward to forming the next government.’’ 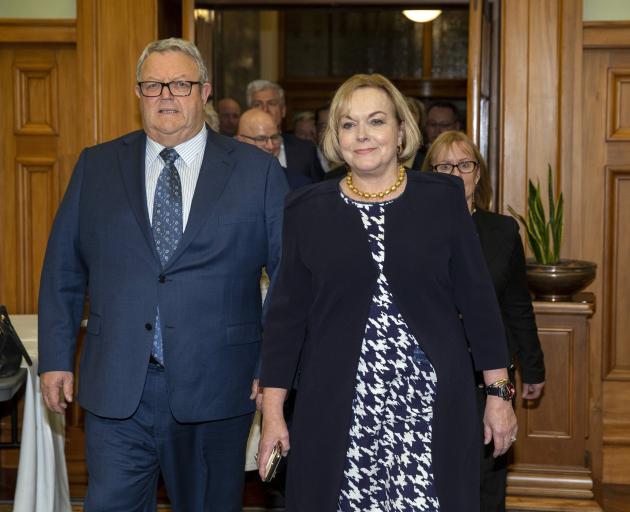 Ms Collins addressed media in Parliament’s Legislative Council Chamber, along with what looked to be almost every National MP in caucus.

She apologised for ‘‘keeping you up so late’’.

‘‘I am hoping that the National Party will collectively crush the other lot, come September 19,’’ she said, when asked if she could shake the nickname ‘‘Crusher’’.

Ms Collins said it was important New Zealanders had a choice to lead them through the worst period of economic uncertainty ever.

Asked how she would unite National, Ms Collins said it was important National had a common goal: To get rid of the current Government.

It was important to give credit where credit was due but ‘‘there is no chance I am going to let Prime Minister Jacinda Ardern get away with any nonsense’’.

She praised her fellow MPs and would not say what happened in caucus. But when pressed, she said:‘‘We just love talking’’.

She confirmed Paul Goldsmith would be finance spokesman. Mr Brownlee said he was there to ‘‘support the rest of the team’’.

He said he never wanted to be the leader of the National Party. The caucus meeting to decide who replaced Todd Muller started at 7pm and applause could be heard coming from the meeting about 8.30pm.

There were reports of a contest for the leadership. Rodney MP Mark Mitchell was understood to be considering a tilt, as was Hutt South MP Chris Bishop.

Ms Collins said she ‘‘may have had some advance warning’’ that Mr Muller was going to step down.

‘‘I was devastated for Todd Muller and his family’’.

She said when Mr Muller was able to come back, he would be an important part of the National team.

Asked about a reshuffle, Ms Collins said there will need to be some movement — but not much.

‘‘We are not that many weeks out from an election. It’s important that we send some strong messages out to our base,’’ she said.

That basehas been a bit ‘‘discombobulated’’.

She was not expecting anyone to change their minds about retiring from politics — including Paula Bennett.

Asked what she had over Ms Ardern, Ms Collins said: ‘‘Experience, toughness and the ability to make tough decisions’’.

She said caucus decisions would stand —caucus has already decided not to join with NZ First.

‘‘We’re a serious party, with serious policies,’’ she said. 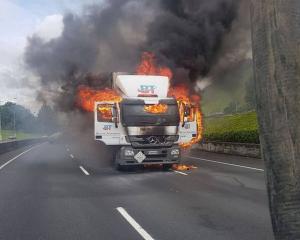 Prepare for science and medicine to be "crushed" a la Trump in the name of three monthly shareholder dividends.

"Ms Collins said it was important National had a common goal: To get rid of the current Government."
At least she's honest - she's not about serving the people, or trying to do better. Though if she had said anything similar to a Jacinda Ardern soundbite nobody would have believed her.

Making a call - National will have my vote if you make the right decision and axe him. IMO this will show you are a strong leader, and mean business. take no rubbish and clear the decks

Well, Crusher certainly has a deal of personal experience to draw from when dealing with her corrupt colleagues, lets hope her carefully crafted reputation for toughness is up to doing the right thing and firing the dodgy Woodhouse.

Good to hear Collins will hold Ardern to account. We've had two years of the media giving Ardern a pass on every difficult issue, so FINALLY someone is stepping up.

Not every New Zealanders believes it is "kind" to raid taxpayers' pockets and break every election promise you make.

I'm betting Collins won't avoid the issues of housing, Auckland rail, child poverty, "no new taxes", freedom of speech or government transparency, to name but a few - all of which have been a disaster under Ardern.

We may be in for an interesting election after all!