Just before 9pm a detour was set up around the closed Ashburton Bridge, using Inland Scenic Route 72. 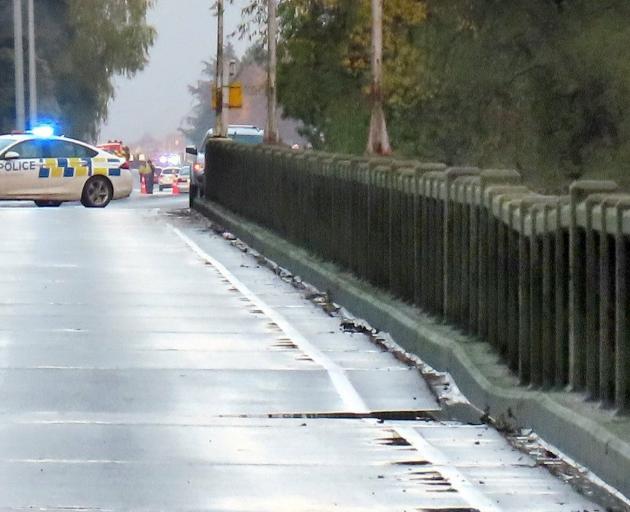 Police close the Ashburton River bridge on State Highway1 after a slump appeared yesterday. PHOTO: LINDA CLARKE
"Care needs to be taken as there are several single-lane bridges on the route."

An hour later, Ashburton Bridge, on SH1, was reopened to two-way light traffic restricted to 30kmh.

The bridge was closed yesterday morning after motorists reported slumping.

Waka Kotahi NZTA will close the bridge again from 10am to 2pm today to complete the load testing on the bridge.

"Based on these results under load testing pressure each lane, the bridge can take light traffic," he said.

Typically, 21,000 vehicles would use the bridge on a weekday, 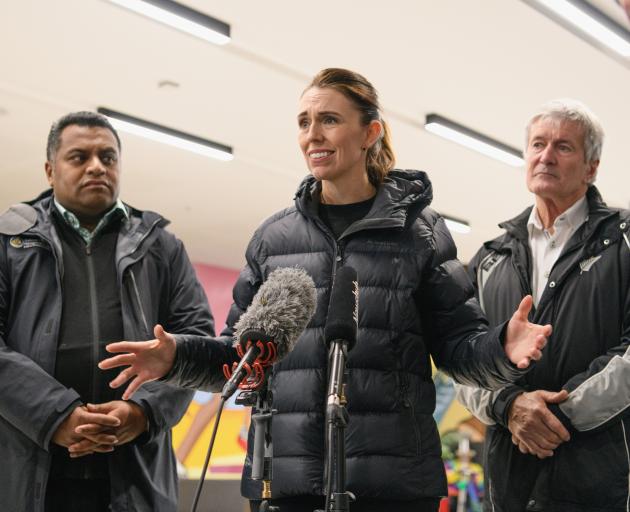 Contractors were working on restoring Thompsons Track, which would form part of an alternate inland route.

Prime Minister Jacinda Ardern inspected flood-affected parts of Canterbury yesterday after more than 500mm rain fell in the high country over the weekend.

A further 100mm or more fell in the region’s main urban centres and flooding rivers inundated farms, forced evacuations, disrupted supply lines for southern companies, and required the New Zealand Army to deliver drinking water in a region reeling in a state of emergency.

Air New Zealand added an additional flight per day for the next six days for people travelling between Timaru and Wellington.

In some stores a two-bottle limit was placed on milk, and bread supplies, as well as produce, were low.

Deliveries to many stores south of Christchurch were likely to be disrupted, she said.

Supplying customers in some areas over the next few days would be challenging, Kaan’s general manager Peter Deans said.

Supplies to the wholesaler that came from Christchurch, including fresh chicken, or fresh produce, could be affected over the coming days.

The issues showed how vulnerable New Zealand was to a disruption of delivery routes because it only had one or two main arterial routes, he said.

But washouts and damage to bridges on the Main South Line between Rolleston and Washdyke, north of Timaru, would keep the line closed until at least Sunday

Washouts would close the Midland Line from Christchurch to the West Coast between Rolleston and Arthurs Pass for at least three days.

TranzAlpine services tomorrow and on Friday were cancelled.

KiwiRail was also assessing the possibility of using the rail bridge to shuttle supplies across the Ashburton River, he said.

He said he understood SH1 from Temuka to Hinds could reopen today.

Annnd, on ZB this morning, nzta were a saying, seeing as ashburton residents use the bridge the most, the local authority should be the ones to pay for repairs or replacement....
Let's hope they apply the same ignorance to.a new Auckland Harbour crossing and every cycleway....
Nzta need to clear out their woke Marxists