A report prepared before the hearing acknowledged that providing more opportunities for suburban development led to a risk of losing buildings with heritage values. Photo: Stephen Jaquiery
New barriers to bowling over some of Dunedin’s more venerable old buildings are being considered as a part of proposed changes to the district plan.

The Dunedin City Council held the first of a series of hearings on the variation 2 changes to its second-generation district plan yesterday.

Well-balanced changes designed to increase housing density were to be welcomed but needed to sit alongside beefed-up heritage provisions, Mr Murray said.

"Renewing suburban and residential heritage provisions should be part of this, allowing for densification in a way that better targets it to minimise the loss of the best built heritage and sites of cultural significance."

The attention paid in recent decades to residential and suburban heritage had been "neglectful" compared to that given to central-city-built heritage, Mr Murray said.

A report prepared before the hearing, and primarily authored by council policy planner Emily McEwan, acknowledged that providing more opportunities for suburban development led to a risk of losing buildings with heritage values.

The report recommended the hearings committee, which comprised commissioner Gary Rae and Dunedin City Councillors Jim O’Malley and Steve Walker, consider implementing a blanket provision in affected zones that required a resource consent for any house built before 1940.

This consent would allow for a heritage assessment to take place, and a decision to be made as to whether the demolition should be permitted.

Of the housing stock that exists now, houses built before 1940 made up 22% of those in general residential 1 zones and 25% of those zoned township and settlement.

The report estimated that 88 pre-1940s houses would be demolished over the next 10 years under the variation 2 proposals.

The additional consent costs for these buildings needed to be balanced against the need to manage the risk to heritage values.

Variation 2 is designed to boost suburban housing density through both rule changes and rezoning.

Changes being considered to encourage the development of denser housing in general residential 1 and township and settlement zones include permitting duplexes and reducing the minimum site size and density from 500sq m to 400sq m.

The hearing will continue today with representatives of Aurora Energy, Kainga Ora and Otakou Health among those scheduled to present submissions.

A second hearing in November will consider submissions on Three Waters infrastructure provisions and General Residential 2 rezoning areas, and a not yet scheduled third hearing will consider greenfield developments. 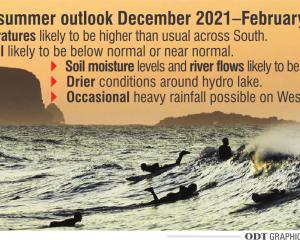 New provisions to 'beef up protection' were not part of the notified plan, so I wonder if it is within scope?

What would Dunedin do without heritage advocates and researchers like Dave Murray. Well done!