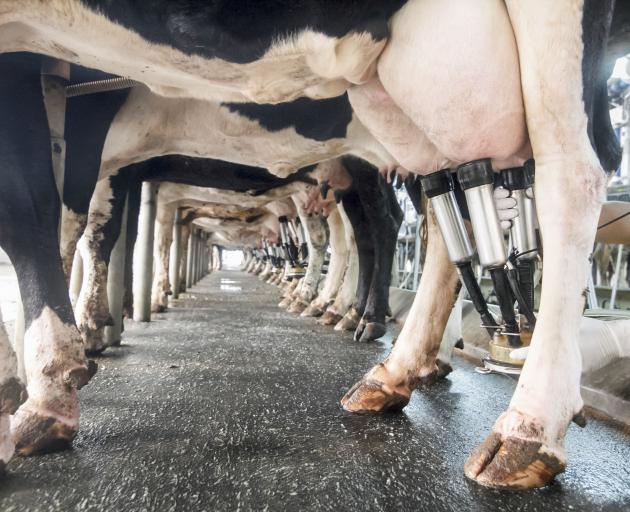 PHOTO: GETTY IMAGES
NZX milk price futures prices have broken through $9 a kg for the first time since the contract was introduced in 2016.

The September 2022 milk price futures contract last traded at $9.07, after strengthening over the past few weeks.

Futures market trading is also pointing to further increases in whole milk prices, the February contract trading at $US4200 a tonne.

Beyond that, all the contract periods out to October 2022 point to prices of more than $US4000 a tonne.

‘‘Typically, what you would say is that Chinese demand supports whole milk prices,’’ he said.

‘‘But in recent GDTs there have been a range of different buyers and I would suggest that the reason for that is there is a problem in just getting product at this time of year.’’

He noted New Zealand milk collections had been down, and production had been falling in several other major dairy-producing nations.

‘‘A lot of that has to do with environmental constraints, which I think has been a theme that has resonated throughout the world.

A rebound in interest from China - which fell below 40% last auction compared with over 50% typically - would be strongly supportive of prices at today’s GDT auction, he said.

He expected to see a normalisation in cheddar prices after 14.1% spike at the last auction, and good support for whole milk powder, skim milk powder, anhydrous milk fat and butter, Mr McIntyre said.

All dairy farmers should be making money at $9.00/kg, Mr Mr McIntyre said, but he noted farmers’ costs had escalated too.

This is good news for dairy farmers. If this futures rate is achieved they’ll have plenty of money to pay for all those water supply changes that the enlightened new regulations are laying on them.