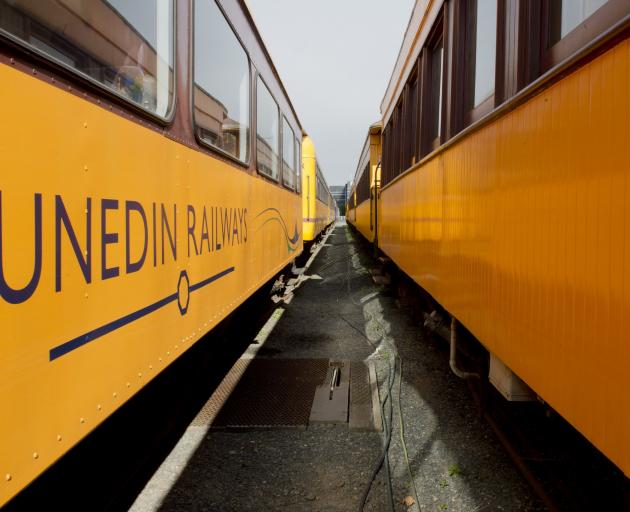 However, making necessary preparations now would carry risks at a time when the extent of the expected tourism rebound is uncertain.

Urgent decisions are needed from the Dunedin City Council if Dunedin Railways is to respond to tourism opportunities, its parent company has said.

Custom historically flowed to Dunedin Railways from the cruise industry before the Covid-19 pandemic, and cruise ships could return to Dunedin next summer, Dunedin City Holdings Ltd (DCHL) said.

Council-owned Dunedin Railways was put into hibernation in 2020 and limited passenger services have been run since.

DCHL said the model used to operate limited services was designed to be temporary and it was no longer fit for purpose.

A call is to be made by councillors next week about whether a limited-service model should continue until July 2024 or if the company should "gear up" sooner in anticipation of more international visitors.

Council staff recommended the council stay with the decision made in November last year, that DCHL be required to run limited services and to fund Dunedin Railways up to $2.4 million a year in the next two financial years.

DCHL did not state a preferred position, but sought clarification about what role the railways company could have in the tourism market and how bringing it out of hibernation could be funded.

In its report for councillors, DCHL said the cruise industry operated with a relatively long lead-in time, requiring tourism operators to register products and services months in advance.

If it geared up, Dunedin Railways would need time to move out of its "hibernated" model, recruit and train staff and bring some rolling stock back into service.

"The company would require a new governance and management structure and investment will be required in assets that have been hibernated since 2020," DCHL said.

Such moves would impose significant costs.

They have been summarised as one-off re-establishment expenses of $1.18million and additional annual expenses of $748,000.

This would re-establish Dunedin Railways as an operational tourist railway company, but it would have an employee head count about one-third of its pre-pandemic level.

DCHL said it appeared any return of cruise ships in the 2022-23 summer would be for a part-season only.

If they allow this excellent rail service to die, they are total mugs...

The most important consideration for councillors IMO is whether this council-owned business can make a profit within a reasonable time-frame. That's the basis of prudent financial management. Whether trains, in general, are a good thing, energy-efficient, nostalgia- provoking, picturesque and popular is a whole other discussion and not really a matter for local government.