Complots of Mischief: Coriolanus and conspiracy 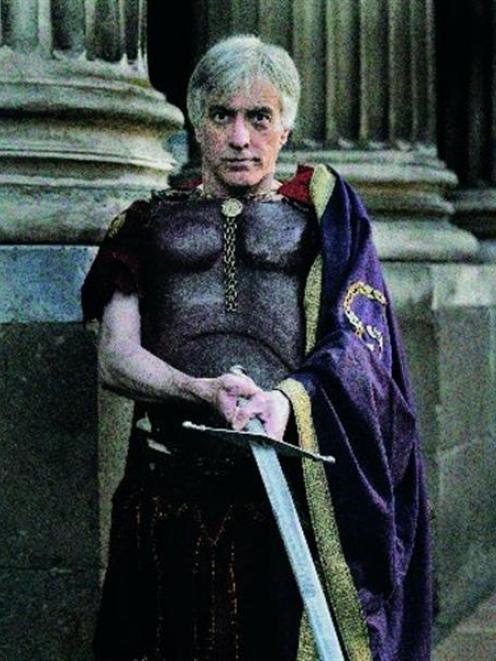 Indeed, as Pigden says, there are some events for which there is no plausible explanation that is not a conspiracy theory. "Take 9/11. If al-Qaeda did not conspire to do it, somebody else did. Those airplanes did not fly into the Twin Towers by accident."

Thus, the idea common among the pseudo-sophisticated that it is somehow silly or superstitious to believe conspiracy theories is, itself, silly and superstitious.

This paper has been widely cited and has been reprinted twice. But somewhat to Pigden's surprise - since he thought he was "stating the obvious" - there were some philosophers who disagreed.

So, when invited to write a reply for a collection of papers on conspiracy theories, he was not sure how to go about it.

"My problem was how to do it with a light touch. I thought I'd start with a literary example. There are lots of conspiracies in Shakespeare so I decided to take a Shakespearian character who believes himself to be the victim of a conspiracy and, therefore, subscribes to a conspiracy theory.

I would then consider the various arguments that it is somehow irrational for him to do so. The character I chose was Coriolanus: It is a purposed thing and grows by plot/To curb the power of the nobility.

"It then occurred to me that it would be fun to do it as a dialogue with my various opponents trying to persuade Coriolanus that he was being irrational. And then I thought that I might as well go the whole hog and do it as a dialogue in blank verse."

It seemed to me that I could write it thus:
A dialogue in which misguided men
Endeavoured to persuade this Roman brave
That it was foolish or irrational
To think himself the victim of a plot
And thus hypothesise conspiracy.
The Roman lord could speak on my behalf,
Replying to my philosophic foes,
Contending that since men do plan and plot
It is not silly to suppose they do.
But to suppose they do is to propose
Conspiracy theories: thus it seems
Such theories can be sane and even sound.
If they were sane in Rome, why this I say:
What's sane in Rome cannot be mad today.

Pigden's new paper Complots of Mischief was published last year in Conspiracy Theories: the Philosophical Debate (Coady, D. ed). It seems to have flummoxed some philosophers who find it difficult to believe that a serious argument could be couched in verse.

"I've recently read a paper, citing mine, in which the author takes himself to be making a novel point even though I had Coriolanus say exactly the same thing in the verse parts."

It is too soon to tell whether it will have an influence, but Pigden hopes it will.

"This isn't all fun and games, you know. The idea that it is irrational to believe in conspiracy theories is a boon to high-placed conspirators. It enables them, quite literally, to get away with murder. That's why it is important to argue against it."