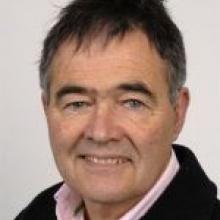 The issue was one to which almost all the people spoken to during the Otago Daily Times' heritage series pointed.

Asked what could be done about a problem that seemed intractable, Mayor Dave Cull described it as a "chicken and egg" situation.

A population boost could help provide the answer, and so, too, could a city of beautiful heritage buildings attract people and businesses.

Mr Cull said two committees at the Dunedin City Council could have an effect on the problem; the heritage buildings economic reuse steering committee, and an economic development working party working to attract business.

The economic reuse committee had finished gathering information and Mr Cull said the ideas he was considering would come through that, or economic development.

"How about underwriting rent for heritage buildings?" That could attract a business to the city and give certainty to an owner considering upgrading a building.

"If we were going to give other assistance [to a business] anyway, it doesn't cost the city a thing."

Mr Cull said it was important to consider the issue "laterally" to get more for the money spent.

Other issues raised in the course of the series included concerns about council costs and rules that developers said stood squarely in the way of redeveloping heritage buildings.

Property investor Lawrie Forbes told of difficulties with inflexible district plan rules, and retrospective consents required that meant a bill for consultants of more than $40,000.

Developer Mark Wallace said that while the council was "hell-bent" on saving buildings, it still charged consent fees, and once a building was done up, his rates tripled because the value of the property had risen.

He said if the council really wanted buildings saved, it needed to make sure barriers to redevelopment were lowered.

Asked to respond to those concerns, Mr Cull said he was well aware of the issues.

Planning rules were being addressed in changes being made to the district plan, and resource and building consent fees could be dropped in certain cases, and had been.

Asked if there was the political will to make sure that did happen for heritage buildings, Mr Cull said he thought there was.

"I certainly think the council should consider that.

"It's something that could come out of the reuse steering committee.

"It could very well go forward."

He said rates remissions for heritage buildings were another area in the same situation.