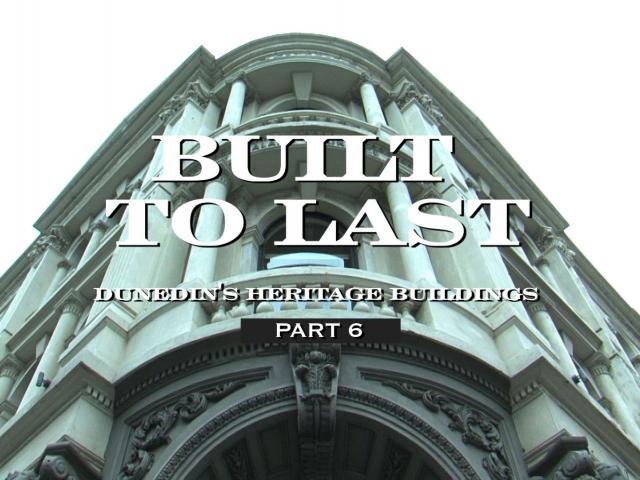 A warehouse precinct buzzing with new businesses has helped bring two Dunedin people attracted by its "character and life'' back to the city.
Tenders are being called for the first stage of the Jetty St pedestrian mall in Dunedin.

Demolition could be an option for Sammy's, one of Dunedin's most loved live music venues and one of the warehouse precinct's largest buildings.

A rebirth is under way for one of Vogel St's most prominent buildings.

The doors to some of Dunedin's historic buildings will be opened to the public today as the city's heritage festival continues.

Important heritage buildings in Dunedin could be lost if proposed changes to the Resource Management Act (RMA) are confirmed, the Dunedin City Council says.

A 130-year-old former head office and a project to strengthen a 104-year-old student hall of residence are the big winners of Dunedin's annual heritage reuse awards this year.

Three brothers who own a collection of heritage buildings in Dunedin's warehouse precinct say the area risks being ''destroyed'' by plans for a waterfront hotel.

The owners of the former St Patrick's Church School and Hall in Lawrence, a distinctive, category 1 listed building, have received a $60,000 grant to help with conservation work.

The owner of a Dunedin heritage building with more than a century of history as an office block says being forced to apply for resource consent to continue the tradition is "frustrating".

The owners of a historic Dunedin building damaged by a suspicious fire more than three years ago have been awarded nearly $30,000 to help pay for restoration work.

Dunedin's heritage stock has scored a rare win, with a private owner, local government and the New Zealand Historic Places Trust working together to save a historic building.
Concerns Port Chalmers heritage buildings are being damaged by the shaking they receive when heavy vehicles pass through the town's centre will be voiced, but when, to whom, and how, is yet to be decided.
Dunedin city councillors yesterday threw their support behind new initiatives designed to ease the financial burden on the city's heritage bed and breakfast operators.
Permission for footpath barriers around the Dainty Dairy building in Stuart St is temporary and they are not to be in place indefinitely, Dunedin City Council resource consents manager Alan Worthington says.

The New Zealand Historic Places Trust will not follow usual protocol during the demolition of Dunedin's historic Barrons building on Rattray St because the building is unsafe.

Dunedin's heritage buildings and the people who safeguard their futures were celebrated last night.