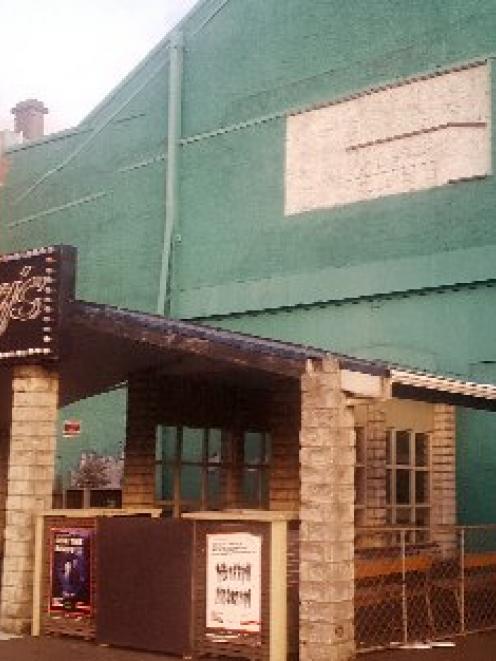 Photo by David Loughrey.
Demolition could be an option for Sammy's, one of Dunedin's most loved live music venues and one of the warehouse precinct's largest buildings.

On the market for ''a few months'' and with a list price of $240,000, the 1896 building had attracted attention from several potential buyers, owner Sam Chin said yesterday.

Dunedin City Council urban design team leader Glen Hazelton said the council had received no application or pre-application for a consent. However, it was unlikely any consent would be for small alterations, he said.

Most uses were permitted for buildings in the warehouse precinct, including converting them to residential use. An offer pending consent for Sammy's would more likely mean plans to considerably alter or demolish the building, Dr Hazelton said.

"And there's a chance it could be granted if they made a good enough case to do so.''

It was not a Heritage New Zealand-listed building, nor was it listed on the council's heritage register, he said.

''It certainly doesn't have the level of protection heritage buildings of that status normally would have,'' Dr Hazelton said.

''So demolition is a possibility.''

Council resource consents manager Alan Worthington said the fact demolition required consent meant that action was possible. Otherwise it would be a prohibited activity. Dr Hazelton said the heritage of the building was deeper than the 119-year-old ''shell''.

''Some people look at it and say, it's lost its front facade, it's so ugly.

''But, at every point of its history, its got such links with Dunedin's culture and sub-culture.''

He would not want to see the building demolished, but clearly it could be at risk, he said.

That meant ''archaeological authority'', which included an independent archaeological assessment, was needed if owners wanted to modify or demolish them.

It was not uncommon for applications to be made - there were 76 in Otago and Southland last year. But seeking an application did not mean it would be granted, Dr Schmidt said.

''It's possible that the authority could be granted or declined.

''It's already protected under our Act, that's the main thing.''

Director of dunedinmusic.com Scott Muir said there would be a considerable backlash from local and international music fans and acts if a potential owner was considering demolition.

''I would be very, very upset if it was demolished,'' Mr Muir said.

''It's iconic. And particularly since the Dunedin Sound movement it's had very many international acts there that would, if push comes to shove, jump in and help out.''

Past international acts that had performed at Sammy's included Pavement, Hoodoo Gurus, Buffalo Tom and Superchunk. As well as Dunedin Sound staples The Chills, The Verlaines and The Clean, almost every other New Zealand live act from the 1980s on had performed at the venue, he said.

''And they'll come out, absolutely, in support of it.''