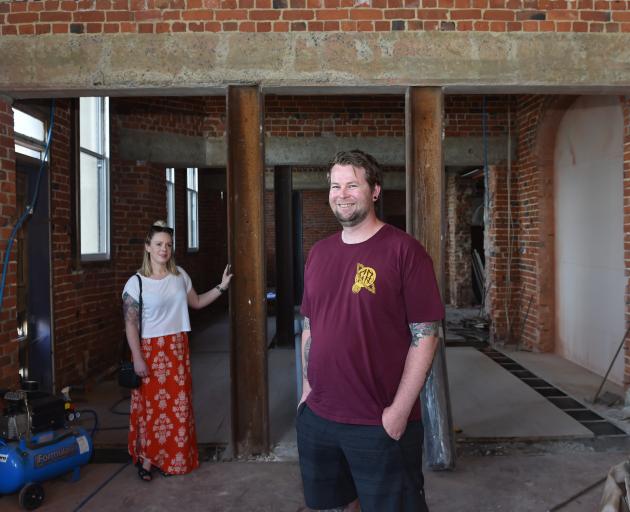 Dunedin restaurateurs Kim Underwood and Sam Gasson have returned to the city to open a business in the warehouse precinct. PHOTO: PETER MCINTOSH

A warehouse precinct buzzing with new businesses has helped bring two Dunedin people attracted by its "character and life'' back to the city.

Sam Gasson and his partner Kim Underwood plan to open a restaurant in the redeveloped Terminus building, alongside a winemaking business that will produce Central Otago pinot noir.

Business is booming in the precinct with new cafes, food outlets and a pool hall and bar opening there recently.

The Otago Polytechnic-trained pair, who spent 15 years working in countries including France, the United Kingdom and Australia, say the precinct offered the perfect site for a permanent home for their business. 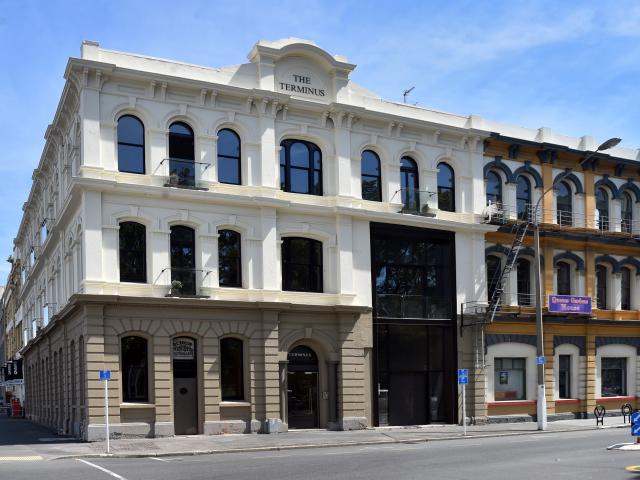 The Terminus building at Queens Gardens.

The new use for the former Gresham Hotel site, which overlooks Queens Gardens, got resource consent from the Dunedin City Council last week.

Mr Gasson said he and Ms Underwood, both 32, had been in hospitality for about 15 years, and wanted to be their own bosses.

"We grew up in Dunedin and love Dunedin.

"We've travelled the world and now it's time to come home and put some permanent roots down.''

The couple were attracted to the heritage aspect of the warehouse precinct and while looking for sites for their business decided they wanted somewhere with "character and life''.

They heard about building owner Stephen Macknight's space, approached him, and he was interested enough to apply for resource consent.

The pair hoped to open their restaurant early next year.

Ms Underwood, who will manage the business, said she was confident in the business environment she was entering.

Cromwell winemaker Brendan Seal opened a pop-up wine-making facility in the building last year and will be making wine there on a permanent basis once the new businesses open.

Mr Seal said he had looked at other buildings for a permanent home for his business but Mr Macknight was ``fantastic to deal with'' and offered a space in the Terminus. He would continue to concentrate on making pinot noir, would sell it from the site and have a tasting room as well.

He also planned to introduce reusable 500ml bottles people could buy wine in, then return them for another when they next bought wine there.

Mr Macknight said the two businesses were ``the right sort of scale''.

"It's not big corporate things.

"They're both doing their own thing on a small scale and it really suits the whole area and the building.''

On the rapid growth of food and entertainment in the warehouse precinct, Mr Macknight said it was ``fantastic''.

"I think people are now thinking of it as a destination.''

The quality of the spaces that had been done up was high.

"They're better than anything else that's around.''