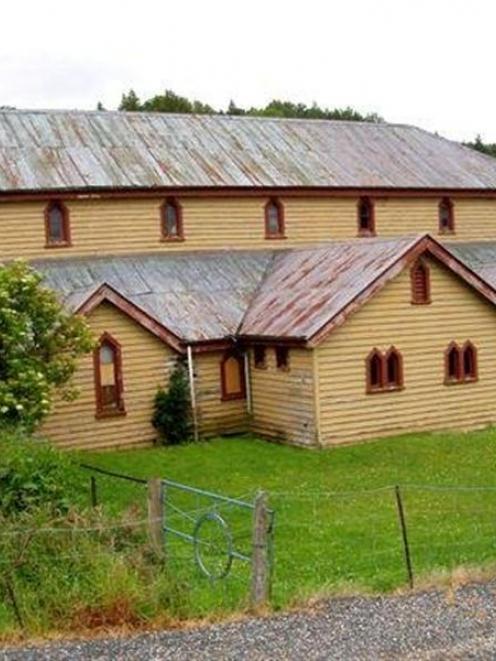 And another prominent Otago heritage property, the King Edward Technical College building in Dunedin, also received a grant, of $22,400, from the New Zealand Historic Places Trust.

The latter grant will help with seismic assessment of the college building, the trust announced this week.

And through the trust's involvement with the Dunedin City Council's Dunedin Heritage Fund, a further $10,000 had been provided for the college work, trust officials said.

The former church school and hall was designed by prominent Dunedin architect R. A. Lawson, who is better known for designing First Church and Larnach Castle.

It was one of only three known surviving public buildings designed in timber by Lawson, and his only known building for the Catholic Church, officials said.

Officially opened in 1872, the large wooden building was used as both a church and school for 20 years, becoming, in the 1870s, the largest school in the diocese.

The grant was to help the owners, Frank Buddingh and Nina Arron, with the second stage of restoration, which included repairing, strengthening and reinstating the roof structure to make the building water-tight.

The work is expected to be completed by December next year.

Ms Arron said she and Mr Buddingh were "absolutely delighted" with the trust's continuing support, and were working hard to raise the other $60,000 needed to complete the roof restoration.

An earlier trust grant of $14,860 in 2010 was to help with drainage to remove water from the site, and strengthen foundations, officials said.

The church and hall was a highly visible part of the Lawrence townscape and "everyone who passes through town sees it", trust Otago-Southland area manager Owen Graham said.

The trust was pleased to support the owners in their efforts to have this property, which was protected by a heritage covenant, restored and returned to use, he said.

The Dunedin technical college building was an important landmark in the city and was used by a wide range of community groups, he said.

A $7,000 grant from the trust's national fund was also made to Nick Taylor, the owner of Butler's Farm, another category 1 property, near Alexandra.

The funding would help complete seismic assessments for the historic complex of farm buildings at Fruitlands, officials said.