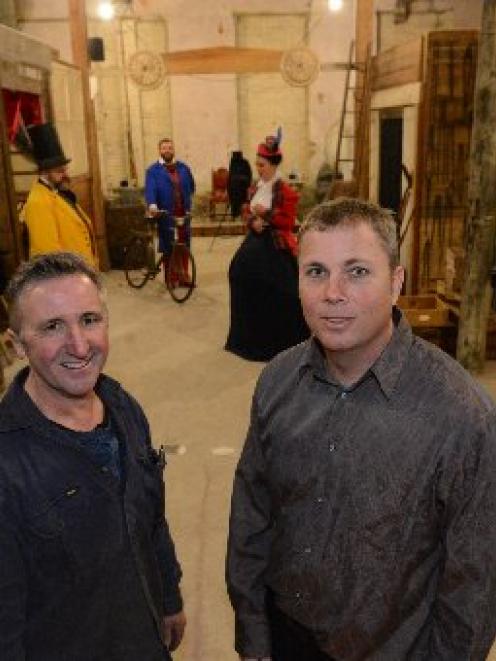 Mr Forbes said the original vision for the Athenaeum was a collective working with the arts community to hold productions.

The past year revealed that vision was not economical, he said.

''The bottom line is the place has to make money,'' Mr Forbes said.

The Octagon venue had several spaces to rent and a tenant in one of the large cellars was the production Farley's Arcade: The Wildest Place in Town.

Its run ends tomorrow. Mr Forbes said the sell-out performances proved renting a space in the building could be profitable.

The rent helped pay for some of the more than $1 million of maintenance the building required, he said.

The cellar was booked for a black tie event this month and a wedding next year, he said.

If more tenants did not book, the building's spaces could evolve differently to cater for different events, such as tours or gigs, he said.

He was not considering making the building a bar, Mr Forbes said.

''I think there are enough bars in the Octagon.''

Farley's producer, Gareth McMillan, said the building was ''amazing'' and it was a factor in every show selling out.

He was glad, Mr Forbes had done the ''hard yards'' to make the building available to the arts community.

''Lawrie could have taken the easy option and turned it into another nightclub.''