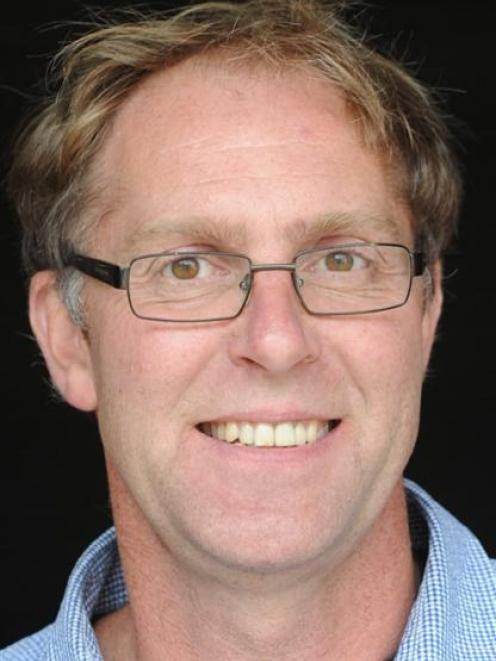 Stephen MacKnight.
The owner of a Dunedin heritage building with more than a century of history as an office block says being forced to apply for resource consent to continue the tradition is "frustrating".

Stephen MacKnight has been told to seek consent for an office inside the NMA building at 49 Water St, 129 years after it began life as the Union Steam Ship Company office in 1883.

Mr MacKnight leased the first floor of the warehouse heritage precinct building as office space to Psychology Associates at the start of this year, after two years spent refurbishing it.

He has since been told by council staff the office needed resource consent, because existing use rights - allowing the office to operate without a new consent - lapsed while the building was being refurbished.

The situation came to light last month, when Mr MacKnight mentioned the office's existence in a consent application for another tenant, Wine Freedom, to occupy another part of the building.

Mr MacKnight said when contacted yesterday the situation was "no big deal" but needed to be resolved.

He believed including the building in the area's large-scale retail zone was "a council mistake", but the area's zoning rules were not working and were costing building owners time and money.

"It's their mistake and they should be a bit more flexible, in my opinion, about how long you might have existing use rights when it was built as an office building.

"They're just following the rules, but it's all just costing everyone else time and money."

Council city development manager Dr Anna Johnson said it had been acknowledged repeatedly the zoning was "not working" for the area, she said.

"We've been saying that for quite a long time, so we completely understand his concerns and frustrations."

Changes were coming as part of a scheduled review of the district plan and the adoption of the council's draft spatial plan, she said.

A draft of the revised district plan was expected by the end of next year, while the draft spatial plan - still being considered by councillors and staff - would allow offices as a permitted activity in the area.

"We're working as fast as we can to try and address that issue.

"Unfortunately, district plan changes are not something you can do any faster than we are doing them," Dr Johnson said.

In the meantime, the council was supporting building owners and heritage initiatives in other ways, she said.

Council resource consents manager Alan Worthington said existing use rights were governed by the Resource Management Act, which deemed rights to have lapsed if there was a gap in continuous use of one year or more.

Building owners could apply to the council to retain existing use rights, but the sometimes "rigorous" process meant it was often easier to seek a consent, he said.

While Mr MacKnight would have to apply for consent, no other enforcement action was planned, Mr Worthington said.

"They know they need one so they'll have to get on with it."