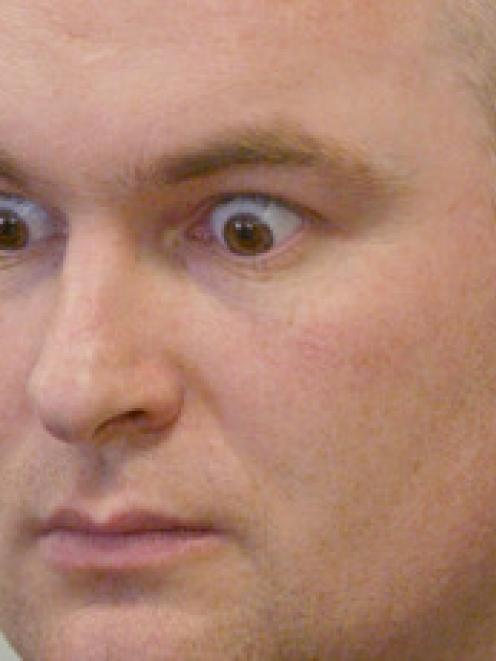 Antoine Dixon. Photo by NZ Herald
Convicted murderer Antonie Dixon was seen naked, bleeding and with a cloth cord from his anti-suicide gown tied around his neck seven minutes before Corrections staff entered his cell at Auckland Prison on the day he died from self-strangulation.

Officers found Dixon unresponsive and he was pronounced less than 30 minutes later.

In his finding released today, Coroner Garry Evans said Dixon may still be alive had been he treated differently in the days before the incident. Coroner Evans said the "sad case" highlighted several procedural faults in the prison service.

But a Corrections spokeswoman said despite efforts to reduce self-harm in prison "it is extremely difficult to stop someone who is determined to harm themselves".

Dixon, 40, was a prisoner on remand who was due to be sentenced the next day for the murder of James Te Aute and a brutal attack on two women with a Samurai sword.

In the days before his death the high-risk prisoner with a history of unpredictability and self-harming was dehydrated, malnourished and believed authorities wanted him dead.

At 8.55pm on February 4, a Corrections officer at the prison's high-risk unit heard a thud coming from Dixon's cell.

The officer, whose name is suppressed, switched on the light and saw Dixon standing behind the cell door with a cloth cord around his neck and bleeding from his head.

He alerted central control requesting support because Dixon was deemed so dangerous there had to be four officers present before his cell could be unlocked.

The door was opened at 9.02pm and CPR was started until emergency services arrived. Dixon was pronounced dead at 9.30pm.

Dixon had attempted self-strangulation three days earlier at Auckland Central Remand Prison (ACRP) by tearing material from a suicide prevention gown before being found by officers.

He was transferred to Auckland Prison at Paremoremo because he required a "tie-down bed" that was unavailable at ACRP.

Expert witness Dr Peter Freedman, director of emergency medicine at Rotorua and Taupo hospitals, told the inquest that had the tie around Dixon's neck had been removed earlier and CPR started sooner he may have survived.

Dixon was being observed every 15 minutes on the day of his death, an inadequate frequency his psychiatrist Dr K Pillai told the inquest.

Security footage at 3.44pm, showed Dixon climbing onto a table in his cell and covering the camera lens.

While this was noticed by officers, nothing was done to clear the lens for five hours, the finding said.

Coroner Evans found a number of faults with Dixon's treatment and prisoner procedure.

Had he been transferred to a mental health unit and continuously monitored, it is unlikely he would have died he said.

Coroner Evans recommended risk management plans to record prisoners' physical and mental health and other issues that put them at risk. Such plans have now been implemented by Corrections.

A review of procedures for prisoner cell and location checks and incident response should also be carried out. Officers should be reminded of exceptions to unlocking policy such as when a prisoner is in imminent danger, said Coroner Evans.

However, it was unacceptable it took seven minutes for his cell to be unlocked, she said.

"Staff safety is paramount, and officers made the right decision at the time when unlocking his cell. Staff did everything they could to manage the risks Mr Dixon presented. They also tried very hard to revive him once the cell was unlocked."

Since Dixon's death a response team is always available and a new mental health screening tool helps to detect mild or moderate mental illness at an early stage, she said.

A senior manager meets a psychiatrist to discuss a prisoner's management plan, she said.

In 2003 Dixon went on an 11-hour methamphetamine-fuelled spree of violence during which he which he completely and partially severed the hands of two women he had been involved with using a Samurai sword.

He later shot Mr Te Aute dead using a homemade sub-machine gun and kidnapped another man, before surrendering to police.

He was convicted of murder, grievous bodily harm, firearm charges, shooting at police and kidnapping.