In this week's Art Seen, James Dignan looks at exhibitions from Natalie Guy, the Fe29 Gallery, and Pauline Bellamy. 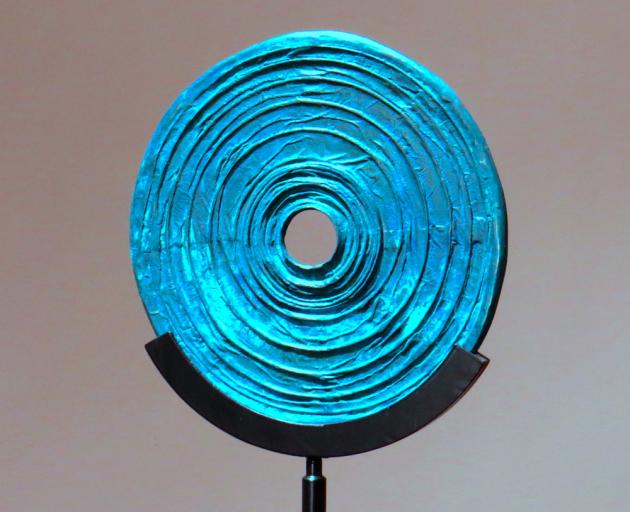 While the title of the exhibition suggests we should be wary of using the term ''Modernist'' to describe the exhibition, the artist has knowingly used some of the tropes of this movement while eschewing others, to create haunting, attractive sculptures.

In particular, the artist is interested in the interplay between three-dimensional objects and the way they become unfamiliar when presented as two-dimensional forms.

Casting these objects in bronze has changed the way we view these items. Out of their usual context, they appear almost as archaeological discoveries, making them seem like ancient artefacts.

Raised on their metal stands, the heavily-patinated forms become ritual items to which we try - and ultimately fail - to attach meaning.

Conflicting with this feeling is the impression gained from seeing the works en masse. As a group, the casts form an eerie crowd within the confines of the gallery.

Arrayed on their stands, the forms are anthropomorphised into human figures mingling and chatting, an impression reinforced by the suggestion of a larger crowd created by the shadows on the gallery walls. 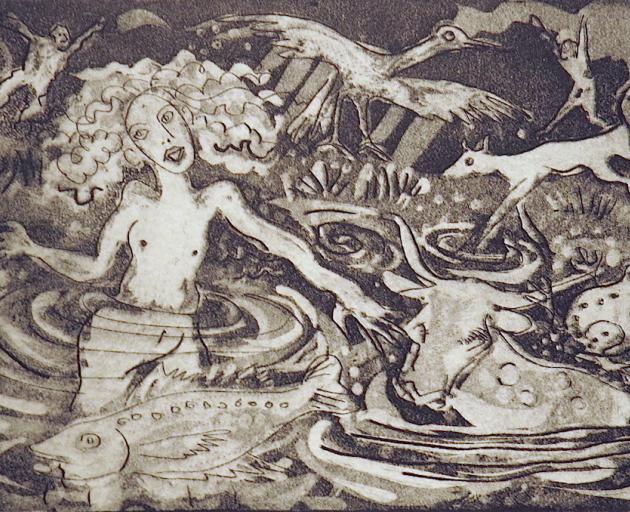 The latest exhibition at St Clair's Fe29 Gallery is a festival of printing.

The exhibition draws largely on three distinct groups of prints, with works by Robert Macdonald and John Drawbridge occupying the two front rooms, and antique works dating from the 17th to 19th century in the central corridor.

While a fair proportion of the works have been shown before, they are definitely worth a further look, and the antique selection contain works by several great masters.

The actual artists involved, however, are in many ways secondary to the real intention of this display. The central feature of the exhibition is the wide variety of different forms of printing, and the works have been deliberately grouped to emphasise the similarities and differences between the various techniques.

The exhibition is thoroughly annotated and labelled, with interesting information about the processes involved in the various forms of the medium, from drypoint to mezzotint, chine-colle to sugar-lift etching.

Pauline Bellamy's exhibition at Macandrew Bay presents a charming series of oil paintings inspired by the artist's homes on the peninsula and at St Bathans, as well as by trips to Canada and the wilds of Fiordland.

The Fiordland works, in particular, stand out. In their deep viridian and emerald greens, images of Preservation Inlet and Cemetery Island present scenes which seem to fill their surroundings with the misty depths of the country. These works are counterbalanced by the rich warm tones of the artist's image of the Otago Peninsula's Okia Reserve.

Other works of note include an image which captures the life of Dunedin's midwinter carnival lights. Full of life and energy, there is almost a hint of the buoyant joy associated with fellow Dunedin artist Frank Gordon in this work.

Further round the gallery is a cheeky subversion of Petrus van der Velden's famous view of the Otira Gorge, showing a tramper washing her clothes in the raging torrent.