In this week's Art Seen, James Dignan looks at exhibitions from The Artist's Room, Otago Museum, and Amy Melchior. 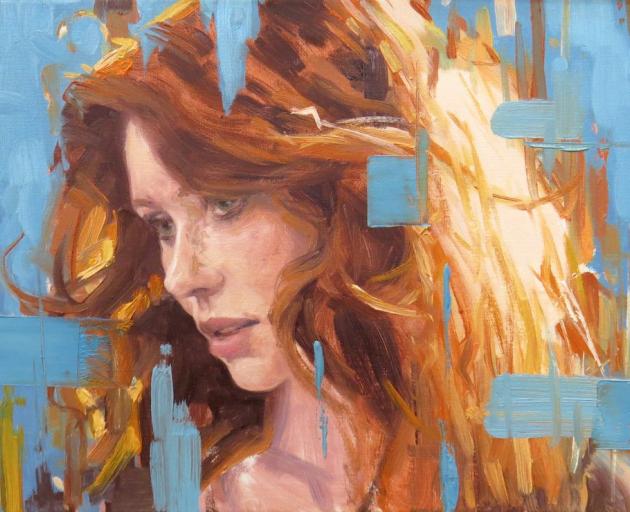 Steev Peyroux's images capture moments in time along an atmospheric coastline. Many of the works are painted close to the artist's Brighton home and along the Otago coast. While several works, such as Green Islands, show clear daylight scenes, it is the paintings which capture mistier or stormier light that grabs the imagination.

The sun rays illuminating Solar and the sepia-drenched My Island capture a more magical land. This same air of unreality infuses a work which stands out by both subject matter and title - the harsh rayed tree silhouette of The Sun is God has similarities to the work of Peyroux's friend Olav Nielsen, while retaining a style and atmosphere which is Peyroux's own.

Alongside these works are a series of excellent portraits by Stephen Martyn Welch. These bold semi-nude figures are painted using a combination of broad grid-like brush and palette knife strokes, over and under which the figure is painted in a style which is simultaneously smoother yet retains the confident painterly use of the brush. Images such as Longing and What Did You Just Say perfectly capture both the subject's expression and emotion. 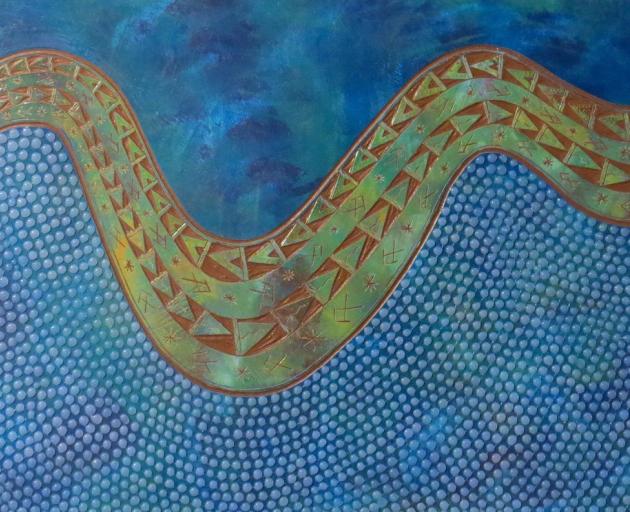 Each piece is the subject of a working partnership between a scientist and an artist, with the researches of one providing the inspiration for the other. The subjects of the artworks are guided by the specialist areas of study.

In response, the art illuminates some of the science's more academic aspects, enabling it to be more readily grasped by the layperson. The exhibition's catalogue is a vital tool to gain an in-depth understanding into the art and the science behind it.

With such a diverse array, it is impossible to do more than pinpoint several memorable works. Heramaahina Eketone's traditional carving, reflecting Georgia Bell's studies into the effect of pollution on kaimoana, is one such; another is Becky Cameron's cut paper exploration of the hydrographic maps of Emily Tidey.

The centrepiece works (by Lynn Taylor and Jenny Rock) reflect Ro Allen's study of vitally important plankton. Susan Nunn's fabric interpretation of Abby Smith's microscopic bryozoans is one of several works which add a note of fun to the exhibition. 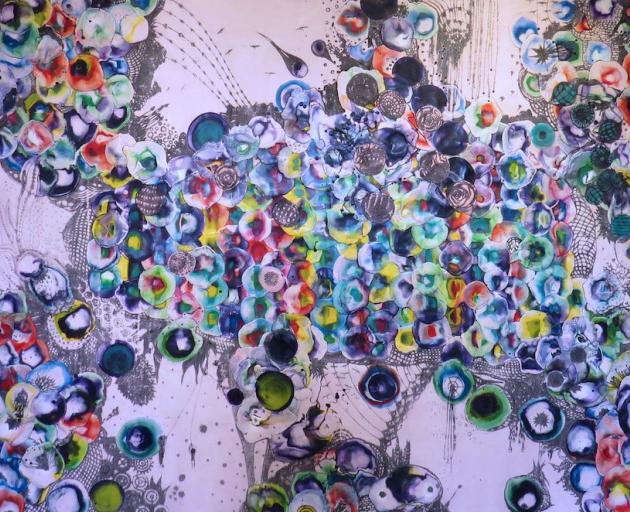 Maritime images are among the influences of Amy Melchior, whose exhibition ''All the Silver Ships You Carry'' is currently on display at Fe29.

Melchior uses the relatively uncommon medium of encaustic wax. The works are painted using pigmented molten wax applied using a brush and then etched and scraped once it has hardened. Melchior creates her works by building up a multitude of thin wax layers; the medium's partial translucency creating a great sense of depth in the works.

The process allows the artist to produce work with a three-dimensional component, with ''eruptions'' and pitted areas in the finished pieces, in some ways analogous to impasto paintwork. Cutting through multiple layers of wax in this way, however, reveals different colours and textures.

The artist hovers at the boundary between abstraction and representational art. In works such as A Land of Plenty and Searching For a Heart of Gold, ancient mine working has been invoked as an inspiration, producing images that have the feel of fossilised beaches.

Other works also suggest the interface between human endeavour and nature, in the Blooms referencing the cultivation of once-wild plants, and the exhibition's titular work, which is inspired by the accidental and deliberate manipulation of regional ecologies by the movement of people around the globe.