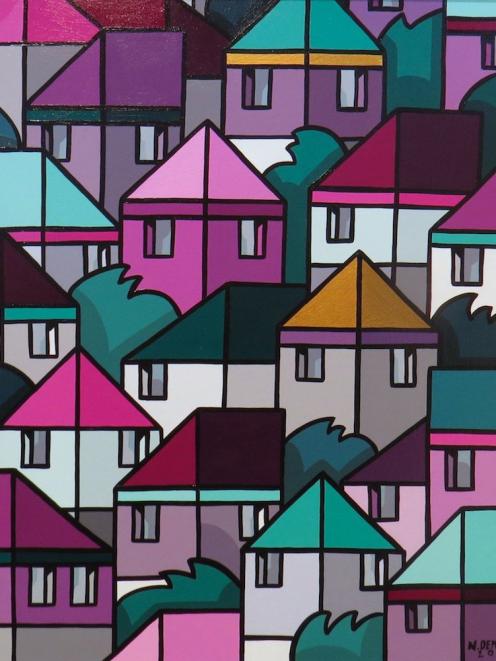 Nic Dempster's distinctive geometrically gridded images of stylised suburbia return with a further exhibition at De Novo. While his style is consistent, his latest exhibition shows strong progress with a distinct willingness to experiment.

Dempster has deliberately narrowed his palette for several of his latest works. In pieces such as Midnight (Blue), First Frost and Raspberry and Mint a reduced range of colours, has allowed the individual structures within the works to complement and contrast across the whole picture area. These effects are enhanced by Dempster's use of imposing black frames, separating the picture from any surrounding distractions. The frames become distinct elements of the works.

Another move made by the artist, and perhaps a less successful one, is to present works created on paired board bases, using a distinct dividing edge in the design at the boundary. While this produces some intriguing effects, it can also be jarring.

The exhibition's stand-out work, however, is the one in which the geometry of the houses becomes a mere frame to nature. In The Gorge, the titular gully cuts through the image like a dynamic wall of green flame, adding a sense of drama to the otherwise tranquil suburbia. 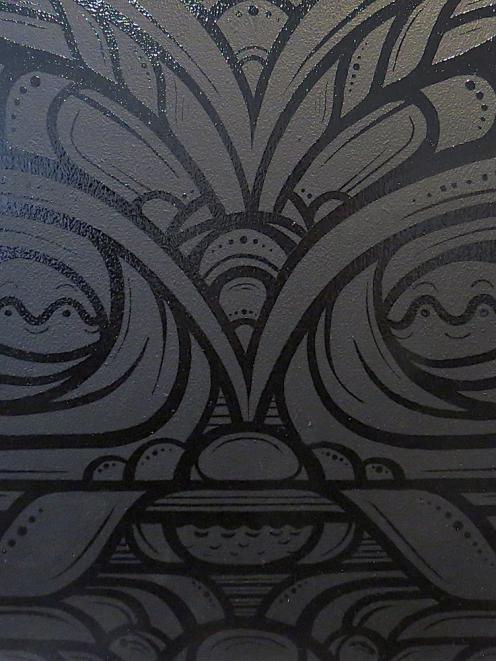 ''Post Dunedin Graffiti'' revisits five former Dunedin graffiti artists to find out how their careers have evolved in recent years. The paths they have taken have diverged, but the remaining traces of their street styles provide a common thread to the exhibition.

The pseudonymous Shaded Skull's career has led him to tattoo art, perhaps a natural extension of his strongly graphic drawing style. In contrast, Tom Mackie and Sean Duffell's work has led to more gallery-based careers. Duffell provides an intriguing installation piece and a

black-on-black painting which harks back to his most notable graffiti creation. Mackie's work mixes pre-Columbian artefacts with modern pop culture to comment on the immutable nature of art.

Nigel Roberts also looks to art history, with a strong work harking back to a golden age of sign-writing before the advent of modern digital technology. Jay Hutchinson completes the exhibition with an obsessively embroidered replica of a tagged road sign which raises the ''low art'' of graffiti tagging to a higher level.

The exhibition's title is deliberately ambiguous. These are the post-Dunedin works of former graffiti artists, but the lack of a hyphen suggests that it is also more than a slight hint of an instruction to street art's next generation. 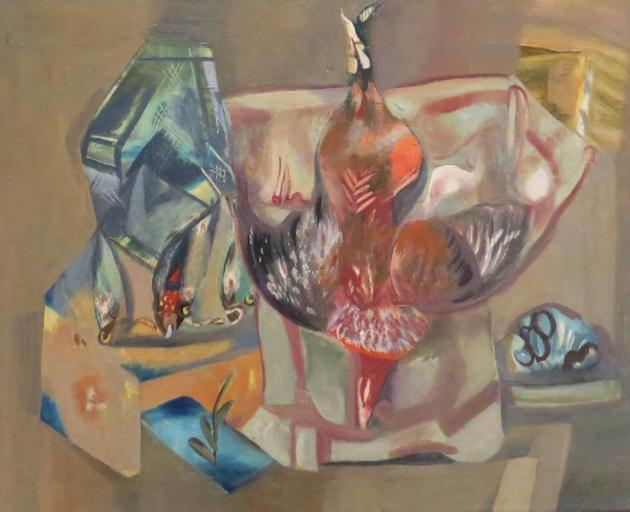 The Dunedin Public Art Gallery's Frances Hodgkins Room is hosting an impressive display of works by Hodgkins and by several of the artists who were to become driving forces in Britain's strong Modernism movement.

Pictorial works by artists such as Henry Moore, Barbara Hepworth, Eileen Agar and Wyndham Lewis are presented, and through these we can see the inter-relationship of styles and cross-fertilisation of ideas present in British art of the period.

We can also see the influences from both within and outside British art which these artists drew upon, most notably, perhaps, in the expressionist style of William Roberts' The Aeroplane Scout, and the surrealist inspiration of Henry Moore's Sculptural Objects, which would not be out of place alongside works by Ernst and Tanguy.

Frances Hodgkins was deeply associated with several of the artists and art groups represented, and it is possible to imagine cross-influence between her landscape style (which was also to influence later New Zealand artists such as Rita Angus) and Mudheaps After Shelling, a Paul Nash battlefield scene also presented in this exhibition.

As always with Dunedin Public Art Gallery exhibitions, the works are excellently annotated, making a visit to the exhibition fascinating and informative.