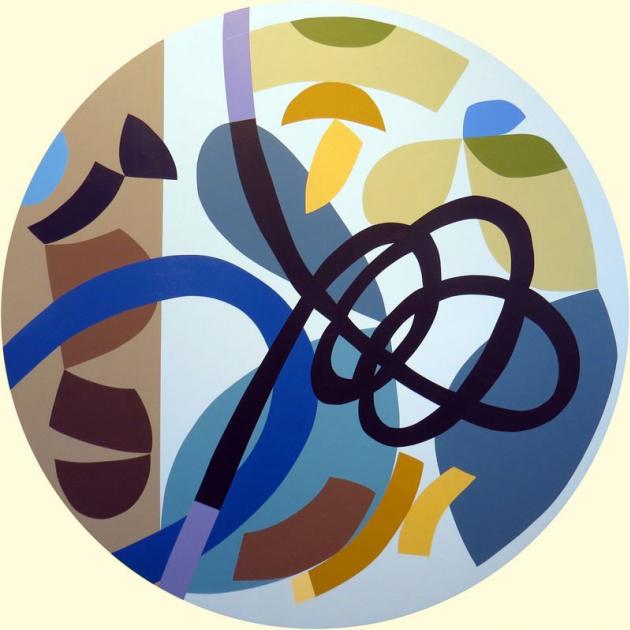 Annie Smits Sandano's latest exhibition at De Novo is a change of direction from previous work shown by the artist in that gallery.

Gone are the stylised bird and flower prints, in their place boldly composed fields of solid colour.

The paintings appear at first sight to be totally abstract, yet there is a strong influence of flower forms within many of the works.

The titles, such as Still Life with C Sharp, suggest that what pure abstraction there is largely inspired by music.

The colours are wilfully flat, their predominantly pastel loops and forms harmonising across the picture plane.

The effect is of screenprinted poster art (perhaps reflecting the artist's better-known skills as a printer) with a strong influence of early 20th century Purism and De Stijl art.

In works such as these, composition becomes vital, and here the artist has succeeded in her aim.

The ellipses and loops could easily appear too busy; in contrast, the soft, blandly solid colours could easily make for works that are too static.

Smits Sandano has effectively walked the line between these two possible failings to create attractive works which are open to endless interpretation by the viewer. 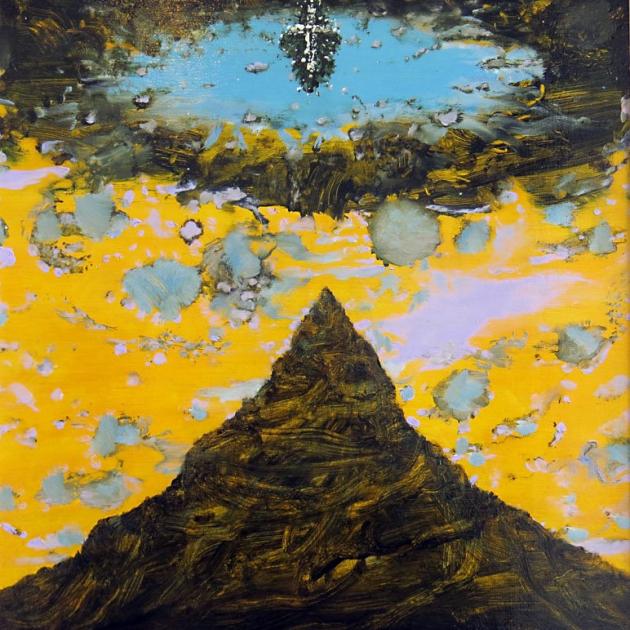 ”From Bamiyan to Puketapu”, by Peter Cleverley

Falling well within the New Zealand tradition of modern landscape art, the paintings draw on the same spiritual feel for the land which can be sensed in the worlds of such artists as McCahon and Woollaston.

The landscapes may seem roughly sketched in khaki brown and watery blue, but they reference within them a spiritual journey, evoked as much in the works' titles as in the paintings themselves.

The exhibition's name - ''From Bamiyan to Puketapu'' - is the strongest hint at this. Bamiyan was, until the recent Afghanistan war, the home of some of the world's largest sculptures, giant Buddha, which Cleverley visited in the 1970s.

Puketapu, of course, sits above Palmerston, but its name, with its implications of sacred landscape, is as important as its physical presence.

So, too, the use of the term Southern Cross to refer to a physical Christian cross in one work invokes the concept of nature as a spiritual realm.

Unlike many of Cleverley's works, these pictures are small, intimate pieces, and are devoid of the text common found in many of his works.

They stand on their own almost as religious icons, celebrating, contemplating, and worshipping the land and nature. 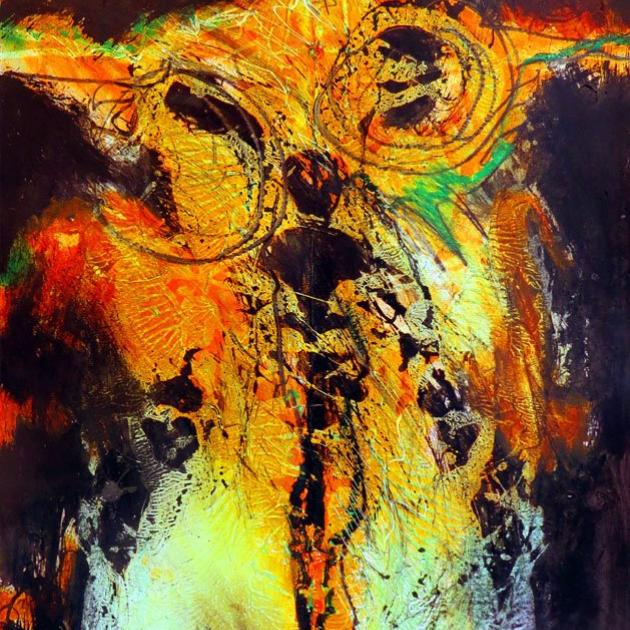 The juxtaposition between the two groups of works is intended to inspire ideas of the connectivity between them in the viewer, either in terms of their form, or through interpretation of their meaning.

Black's ceramics - frequently incorporating found items such as coils of wire - take the form of miniature grotesques, some merely implying a body shape.

They are attractive yet disturbing, appearing as semi-organic, semi-mineral artefacts.

The painted images also run along the border of attraction and repulsion.

These mixed-media pieces use bold colour and brutal marking of the picture surface to create images that hover at the edge of recognition.

Some clearly depict human figures, though they appear lost in some infernal darkness.

With others, there is implication of form, such that there is a feel of painted Rorschach test cards.

At their best, there is a feeling of sinister power within the images, best exemplified in several of the ''Mirror Image'' works such as the implied blackened human form of Mirror Image 5 and the largest piece, the more overtly abstract Mirror Image 10.