A charming Irish dandy, poet and musician who infiltrated London high society to subversively promote Irish separatism is the focus of Richard Hanna's Melody Moore. Charmian Smith talks to the former Dunedin actor who is bringing his one-man show from Canada to the Fringe Festival. 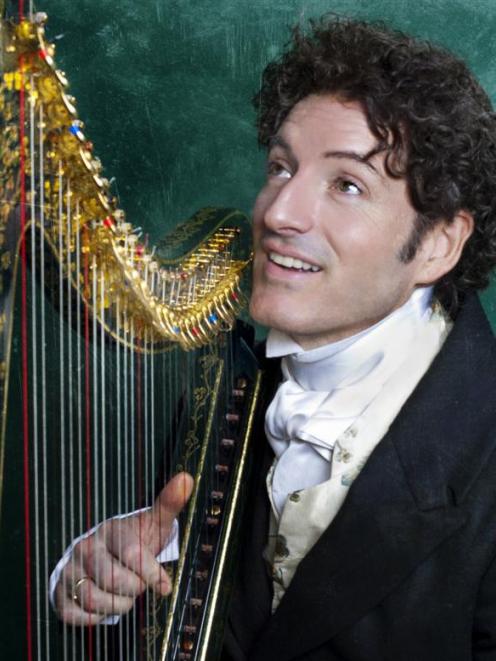 Richard Hanna in character as Irish poet and musician Thomas Moore in Melody Moore. Photo supplied.
Thomas Moore was many things: a poet and singer, an Irish patriot, a diminutive dandy, a social climber, utterly charming, and a clever little fox, according to Canadian-based actor Richard Hanna.

He is bringing his one-man show about the Irish poet and musician to the Fringe Festival in Dunedin this month.

Having performed it to acclaim across Canada, he also plans to take it to New York later in the year and to the Edinburgh Fringe in 2015, but this is his only New Zealand venue.

Hanna considers it coming home, he said, because he grew up here and his first experiences in theatre were at the Fortune, he said in a phone interview from Auckland, where he is staying with his mother.

The origins of the idea for a play on Thomas Moore go back to when he was studying harp while at university in Wales in 1998. Hanna, who is half Irish and half Scottish, selected many of Moore's songs to play, although he didn't realise they were by the same composer at the time.

"Somehow I'd weeded them out from all the other songs. I later learned about his life. He was a patriot who infiltrated British high society to get himself into a place of power where he could then get on with his agenda. I love the idea of that; an underdog. Any story about an underdog and I'm there, especially when the underdog comes up trumps,'' Hanna said.

Thomas Moore (1779-1852), the son of a Dublin grocer, went to London to study law but became a fashionable society figure, performing his songs and ballads only in the best houses and socialising with the Prince of Wales, later George IV, who eventually became the butt of many of his satires.

"He was many things and that's what fascinates me as a writer and as an actor,'' Hanna said.

"The 19th century was the age of the moral high ground. It was a sharply defined age: you could be one thing and one thing only, but Moore, I think through his enormous charm, the fact he was so tinyhe always had this upward regard, his face was always beaming, people were just enchanted - he was like this little leprechaun. He was an Irish patriot, a dandy, he was a social climber, he moved with effortless ease in those upper circles."

"He was the English gentleman's idea of what an Irishman should be, which was nothing like the usual Irishman.''

In the play he says, `Don't let the accent fool you, boys, I'm an Irishman to the very core of my soul'.

Other Irish writers, such as Jonathan Swift, did not write about Ireland, but Moore's writing made it fashionable, he said.

"This is a good story to be telling at this time simply because it's about the power of music to inspire. These songs really did have an enormous impact on the Irish and the Irish sense of identity.''

Among Moore's best known songs are: The minstrel boy to the war has gone, The last rose of summer, The meeting of the waters and Oft, in the stilly night. He exploited the romantic ideal and concerns about enslavement and tyranny. In America, he met Thomas Jefferson and wrote a scathing poem about Jefferson finding comfort in the arms of his slave, Hanna said.

"Moore was sharp. He would always go straight for the jugular and would often be quite ahead of the person he was criticising. They wouldn't know they'd been insulted until five minutes, two years down the line.''

Because Moore was only 1.4m tall and Hanna is 1.8m, he uses devices to give the impression he is small, including an extra-large chair. After a show in Winnipeg he asked a woman waiting in the foyer for a taxi if she had enjoyed his show.

"She looked at me gobsmacked. `I didn't see your show dear. No, I saw a show called Melody Moore with a very tiny fellow.' So it worked!'' he said with a laugh.

Moore has been forgotten, partly as a result of the Celtic Twilight of Yeats and other Irish writers at the end of the 19th century, during the height of the Irish struggle for Home Rule, according to Hanna.

"There was a certain amount of envy that Moore should be the bard of Ireland when Yeats felt that place should rightly be his, so he set about defaming Moore and to a degree lampooned him. After Moore passed away the British felt duped; this Irishman had come in and made a fool of them all, so everybody disowned him.''

However, in the past five years several books on Moore have been published which has brought a greater understanding of his place in literary history as well as the man himself. Many of the romantic poets looked on him as an innovator, he said.

"From my research we realise that if there had not been a Moore there would never have been a Byron. Byron: `I despised poetry until the day I picked up that confounded book of yours'.''

''And he did; he hated poetry but Moore brought a musicality and a kind of lushness and a decadence and opulence to poetry which in its day was intoxicating. Now it's unreadable. His lyrics are brilliant because he was musical and he brought music to poetry.''

When he sings Moore's songs, Hanna accompanies himself on his electric harp, which is based on harps by 18th century Dublin harp-maker John Egan.

He says he plays Moore as a libertine who goes to London after the Irish uprising of 1798, achieves tremendous success and becomes a star almost overnight. Because so much of the role is sold on Moore's personality, a lot of conviction is needed to play this role.

''He forgets about Ireland and really does lose himself in the vices and the high life until he finds out Robert Emmet has been executed.''

Emmet was Moore's friend at Trinity College, Dublin, and after the 1798 uprising failed, Emmet prepared for another in 1803, was captured and hanged. Emmet became an Irish martyr.

In Melody Moore, this event affects Moore, and encouraged by his friend and patron Lady Donegall, he starts his subversive agenda.

''He's always going to have to stay one step ahead of the noose. If your poetry was not quite transparent enough they would have got you, but he was a slippery little fellow and always stays just one step ahead, including when he falls out with the king. The king hired an army of lawyers to find incriminating copy that would put him behind bars, but he was always one step ahead.''

Instead of naming the English in his songs and ballads, which would have got him in trouble, he would go back in time to former oppressors like the Danes or the Saxons, smuggle in the current political situation and camouflage it with a similar historical monstrosity, Hanna said.

''The irony is the English loved these songs. On one level they were conciliatory because they were conceding England was the oppressor on a very subtle level but when you hear lyrics like `Ere the emerald gem of the western world/Was set in the crown of a stranger' it could be referring to the Danes or Saxons.''

Hanna took several years to research the story of Moore while working in New York, the UK, in Paris as a model and in the South of France. He wrote it in 2009 when he married and moved to Ottawa and was waiting for his residency permit. Then he had it dramatised and worked with director David Benedict Brown, who specialises in solo multicharacter shows.

He imagined who he would cast as the other 16 characters in the play and has given his performance a twist by playing those actors in the role, such as Maggie Smith playing Lady Donegall, he said.

His next project is to be a solo show about Van Gogh during which he will paint a canvas, he says.

See it
Melody Moore with Richard Hanna is at the Playhouse Theatre from March 19-22 at 7.30pm as part of the Dunedin Fringe Festival. 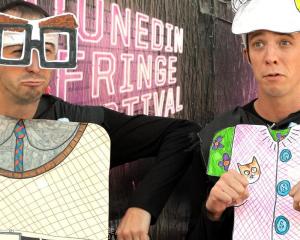 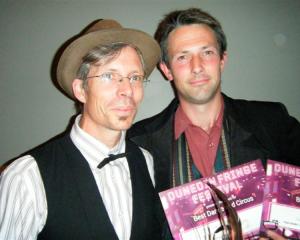 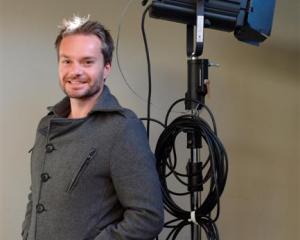 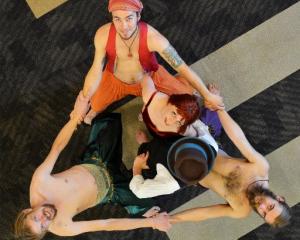 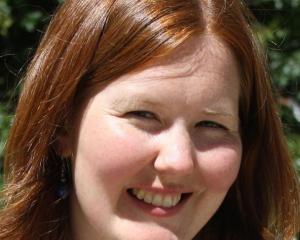 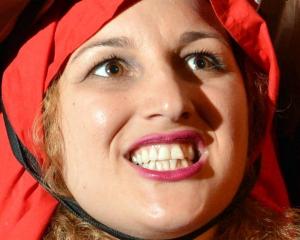 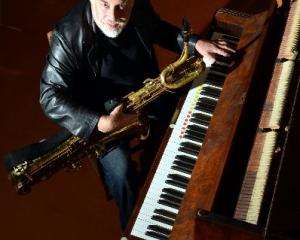 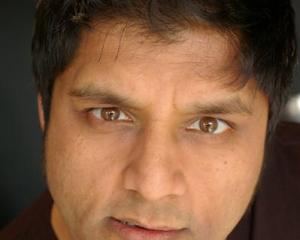 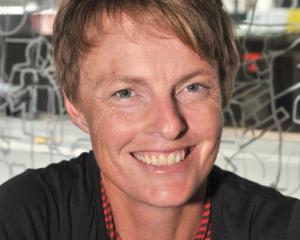 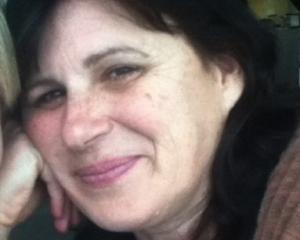 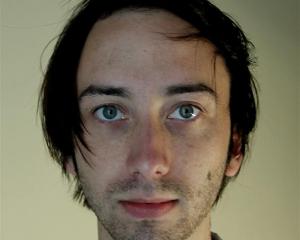