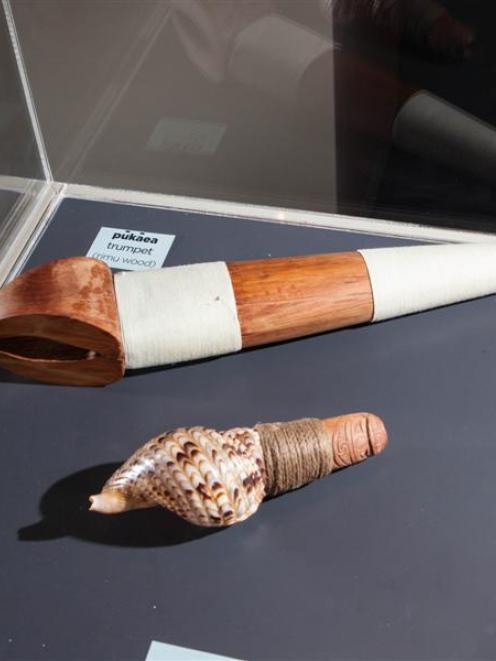 The instruments made by Alistair Fraser on Stewart Island during a Wild Creations residency include (above) a pukaea (top) and a putatara.
The sounds of southern Maori have been recreated in an exhibition at Dunedin Botanic Garden, Tom McKinlay reports.

Instruments from ancient New Zealand, made from its materials - seaweed and wood, stalk and stone - have sounded again on Rakiura, Stewart Island.

Standing alone on beaches and in the bush, former Dunedin man Alistair Fraser played as Maori might once have done, creating notes to merge with the birdsong and breakers.

The instruments involved were made by Fraser on Stewart Island during a Wild Creations residency and are now on show at the Dunedin Botanic Garden in the exhibition, ''Traditional Musical Instruments of Southern Maori''.

Fraser spent six weeks, spread over three visits, on Stewart Island, re-creating the taoka puoro, traditional Maori instruments that would once have been played by southern Maori.

The result is an intriguing collection of artefacts, from delicate percussion instruments to solid, carved-stone bird callers. 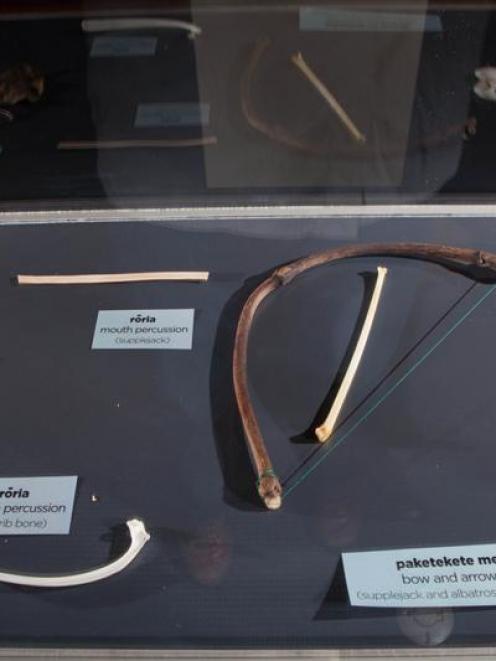 Mouth harps and mouth percussion instruments.
''So I have been making them already for 12 years,'' he says.

''And being from Dunedin, I always had an interest in what the southern taoka puoro could have been, the possibilities.

''Regional differences can occur because of the materials that are available,'' he says.

There can also be different names for similar instruments. Before heading to the island, Fraser did what research he could, reading Traditional Lifeways of the Southern Maori, by James Beattie, visiting southern museums and talking to knowledgeable locals.

He arrived at Mason Bay, where he was domiciled, with a store of materials, including soapstone, but also combed the beaches. As well as faithfully recreating well documented instruments, Fraser also experimented with his fossicked finds, using his knowledge of taoka puoro to fashion instruments that may or may not have had lives previously.

Among the beaches' riches was kelp, which Fraser had been told was widely used in the South. From this he made a koauau, or flute, that worked well enough, though whether Maori would have bothered drilling out kelp when other already hollow materials lent themselves more readily to music, is a mute point. 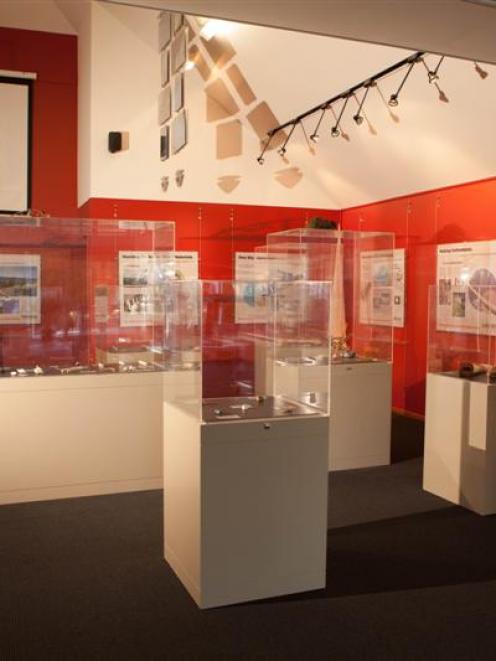 The taoka puoro Maori musical instrument exhibition at Dunedin Botanic Garden. Photos supplied.
''I made a porutu, which is a long flute. I made it from tutu, which was stuff that I found on the beach. But that is actually an instrument that is mentioned in Traditional Lifeways of the Southern Maori and it is a well-known instrument and it was definitely popular in the South.''

Not all of the instruments in the exhibition are immediately recognisable as such. One of the more whimsical is a rattling bone dog-necklace, or kakara.

''Yeah, it is a sound-producing device, so it is good to cast the net wide,'' Fraser explains. There are several possible explanations for them, he says. One is that because kuri, the traditional Maori dog, didn't have a bark, the necklaces made it easier to track their whereabouts at night.

''Other sound-producing things that you might not call traditional instruments are karanga manu, which are bird-callers,'' Fraser says.

''And there have been some of those found, one on Ruapuke Island, which I did a reconstruction of.''

Trumpets take a couple of forms in the exhibition - pukaea and the putatara. The pukaea is a wooden trumpet. Fraser made a short one, inspired by an example in the Otago Museum collection.

''And I made a putatara, which is a conch-shell trumpet. There was one of those found at Kaikai Beach [near the head of Otago Harbour].''

They were an important means of communication.

''There are stories of them being heard from kilometres away, but you know noise pollution is a bit different today,'' Fraser says.

''There's a Putatara Point on Stewart Island, just north of Mason Bay by a couple of days' walk, so that piqued my interest. I did some recordings in a cave at Hellfire Beach and another at Doughboy Bay. I went on tramps and I would take my portable recorder and find materials and make them and record them.''

There is still plenty of scope for further work in the area of southern taoka puoro, he says.

''I was reading something last week in another Beattie book about Otago place-names and there was an instrument mentioned in there which was a bird-caller that was called a pipikaretu, and it is named after the place up on Otago Peninsula,'' Fraser says.

''It is the grass and you put it in your mouth and you make a sound like a weka.''

Fraser, who is Pakeha, says he was not primarily motivated by a desire to make the instruments better known, but regards that as a positive outcome of the revival art.

The exhibition
''Traditional Musical Instruments of Southern Maori'', by Alistair Fraser is on at the Dunedin Botanic Garden information centre until April 29. 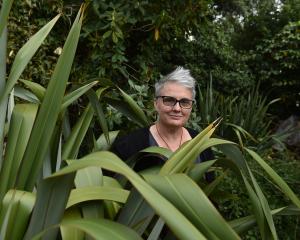