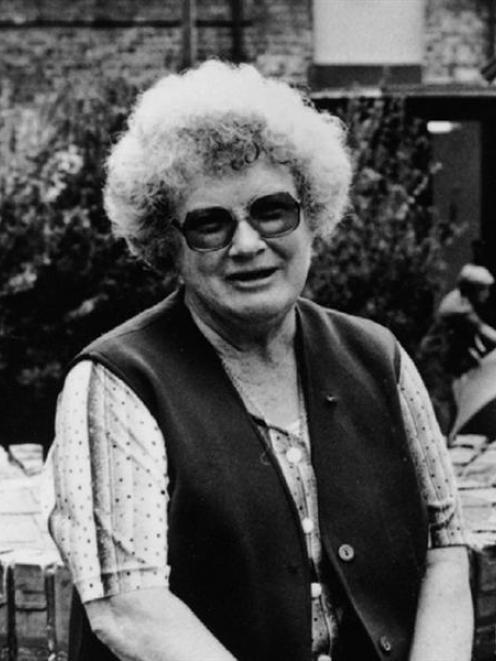 Janet Frame
A previously unpublished story by Janet Frame, which was rejected 50 years ago for being "too painful" to publish, has appeared in the latest edition of The New Yorker.

Gorse is not People was written by Frame in 1954, but was later rejected by Landfall literary magazine editor Charles Brasch on the grounds it was "too painful to print".

The story is about a dwarf called Naida who visits Dunedin on her 21st birthday.

It was based on observations Frame made during a supervised day trip to Dunedin with a dwarf when she was a patient at the Seacliff mental hospital.

"She was so devastated when it was rejected 50 years ago," Frame's niece Pamela Gordon said yesterday.

"She was living in the attic room at the Grand Hotel in Dunedin [now the Southern Cross Hotel] at the time and working as a live-in waitress."

Frame had submitted Gorse is not People and two poems for publication in Landfall.

She later wrote of her despair at receiving the rejection letter from Brasch in the second of her three-volume autobiography, An Angel at My Table.

"Mr Brasch's comments were that the work was interesting, but the poems were not quite suitable, while the story, Gorse is not People, was too painful to print," Frame wrote.

"When I had read the note on its official Landfall paper, I began to realise how much I had invested in my Landfall contributions and their acceptance for publication.

"I seemed to have included my whole life and future in that envelope. I felt myself sinking into empty despair. What could I do if I couldn't write?

"Writing was to be my rescue. I felt as if my hands had been uncurled from their clinging place on the rim of the lifeboat."

Ms Gordon said Frame would have been delighted at the posthumous recognition of her work.

"It's a source of great emotion for me now, on Janet's behalf, that this heartbreaking story has appeared after over 50 years of waiting."

The story was published this week in the September 1 edition of The New Yorker.

The 2008 Janet Frame Literary Trust Award will be announced tomorrow, on what would have been Frame's 84th birthday.