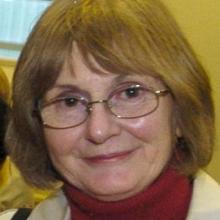 Five young women whose lives are just too hard sit on chairs facing the audience, and when they speak it's mostly to an unseen therapist.

Gradually, each personal story, never complete and sometimes intersecting with those of others, takes shape. The most interesting, to me, was that of Elle, whose tough-girl exterior is wafer-thin and reveals rather than conceals her shattered self-esteem. A dangerously coiled spring from the moment we see her, she delivers the play's biggest surprise.

The actors are Mikayla Cahill (as Te Rina), Kat Kennedy (Elle), Sahara Pohatu-Trow (Mereana), Kate Skinner (Jess) and Beth Waite (Alana). All performances are so accomplished that at times it is hard to remember that we are, in fact, watching actors. Just occasionally on opening night though, a few words were not quite distinct.

Lighting design by Anna Sinton is especially effective, spotlighting speakers while accentuating the brooding gloom of those waiting to speak.

The play, by Courtney Rose Brown, was highly commended by Playmarket in 2016. It portrays psychological anguish and identifies social and other contributing pressures, and its reflection of modern New Zealand attitudes, idioms and speech patterns contributes to its authenticity.

Directed by Heidi Geissler, The First Time is Arcade Theatre's second production. While less biting than Fold, produced in February, it further demonstrates this talented company's commitment and professionalism.

On the cautionary side: first, this may not be the best play for anyone who is emotionally fragile; and second, the New Athenaeum Theatre is chilly, so woollies are advisable.