Kingdom Cons is a surprisingly light novel for its dark topic. 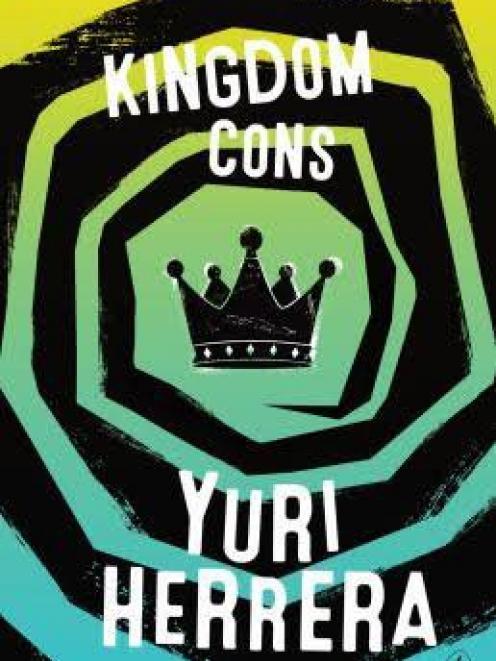 The novel is told from the point of view of Lobo, aka The Artist, who we follow from poor street singer to lauded musician during the short span of the novel.

Lobo is a writer and singer of corridos, a form of ballad poetry that has been around for hundreds of years, and  traditionally used to tell tales of important social issues. However, modern corridos have taken a life of their own and are now often written specifically for the bosses of drug cartels, spinning epic verses about the power and violence of these "kings".

Lobo becomes noticed by a particular King  due to his skill as a corrido performer, and quickly becomes embroiled in gang life.

The novel is written in a fast-paced, sparse way. If you’re not thinking about each line, you might miss the violence that takes place. Herrara just doesn’t allow Lobo to dwell on the horrors of gang life, reminding you that this kind of violence seems to have become commonplace to the people who live in these communities.

The Artist seems enamored with gang life, happily romanticising his King’s lifestyle and enjoying the privileges of being a gang’s corrido singer. However, gang wars loom on the horizon and when Lobo falls for a woman above his station he begins to realise that he does not have as much freedom as he believes.

All in all, Kingdom Cons is a surprisingly light novel for its dark topic. The storytelling is crisp and concise, yet leaves room for your imagination to fill in all the bloody details.

The characters are real, but simultaneously allegorical, as Herrera presents a liminal story that is all at once a gritty exploration of Mexican gang life and a poetical examination of the human spirit.