Amiable writer in pursuit of a perfect sleep 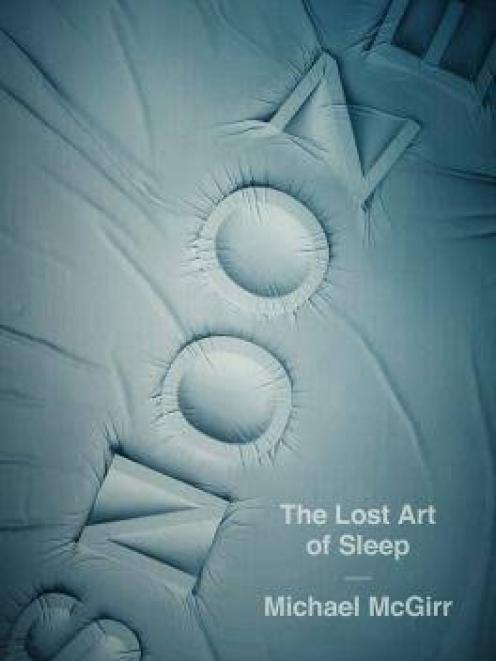 In his non-fiction work, Snooze: the lost art of sleep, Michael McGirr desperately searches for a few winks.

A schoolteacher, broadcaster and book reviewer in Melbourne,  Michael McGirr is also a former Jesuit priest,  now married with three young children, who  has suffered from sleep apnea.

As McGirr puts it, sleep apnea is ‘‘a design fault in the upper airway’’ causing a blockage in the passage of air to the lungs when your throat relaxes as you fall asleep. The sufferer constantly wakes, even unconsciously, to clear the airways, resulting in a very disturbed pattern of sleep with consequent exhaustion and irritability.

Writing about sleep is, therefore, a way of easing the trauma once medical intervention has lessened, but not eliminated, the problem. McGirr also found that the joyful arrival of three active children, two of whom are twins, has only added to his problem with sleep. Thus this revised and expanded edition of The Lost Art of Sleep (2009) offers a broader base of experience to share with readers, many of whom probably suffer from various problems with getting  enough biologically necessary REM cycles.

McGirr writes from his own experience but intercuts the short chapters with the stories of famous figures from the past, in fact and fiction, who endured (or appeared to endure) insomnia and other sleep disorders; these include Jonathan Swift, Thomas Edison, Odysseus and Rip van Winkle.

In addition the author has much to say about Florence Nightingale, Macbeth, Plato and Aristotle, as well as dreams and a host of other sleep-related topics. Sometimes the reader may be forgiven for wondering what the book is really about, especially when "the art of sleep" is scarcely mentioned and the science of sleep and anecdotes relating to sleep, his own and his family’s experience of sleeplessness, get more page space. The "lost art" of the title seems to refer to the nostalgic undertone to the book, a muttering that, in our cyber age, sleep, as we may have known it, has been undermined by the pace and disturbing variety of life, leading to restlessness and REM deficiency.

Indeed, McGirr confesses, on more than one occasion, to turning on the television in the middle of the night when things get too tough.

Despite the restlessness of the book’s structure, it reads like chapters of a one-sided conversation with an amiable, liberal-minded, yet sometimes sententious man-of-the-world, who thinks fondly of the almost unattainable — the undisturbed night of blissful sleep "upon the arms of Morpheus".

McGirr recalls that Jonathan Swift reintroduced the description of the world of sleep as the Land of Nod: "This was a significant moment in the history of sleep. It describes sleep as a place of exile, away from family, success, failure, self-image, and the weight of daily life. It is the place in which inadequate humans can escape. It is beyond our borders. It is the daily refuge to which we all turn, we all seek asylum here."

- Peter Stupples teaches at the Dunedin School of Art.