Book sheds light on our obsession with the dark 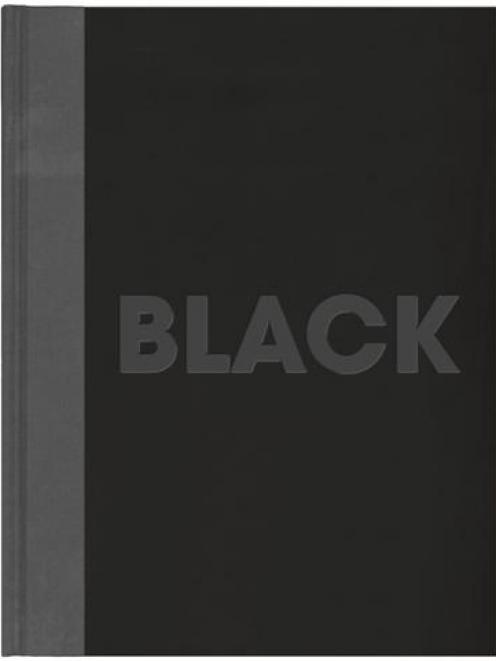 BLACK: The history of black in fashion, society and culture in New Zealand<br><b>Doris de Pont<br></b><i>Penguin</i>
Black can be the colour of the rebel or outsider, of power and authority, of the fashionista and of mourning. But New Zealanders have also embraced it as their colour, from the shearer's singlet, gang members' patches, the All Blacks and other sports uniforms, to classic and cutting-edge fashion and art.

This book of essays exploring this idea is linked with the New Zealand Fashion Museum's Wellington exhibition of the same name, curated by Doris de Pont, who has also edited this book. There are contributions by Chanel Clarke on a Maori perspective on the wearing of black, and Jane Malthus on black in the Victorian era.

There follow essays on black in New Zealand sport by Ron Palenski, black clothing and imagery associated with New Zealand musicians by Andre Clifford and with New Zealand cinema by Helen Martin, the workman and farmer's black singlet by Stephanie Gibson, the cultural politics of wearing black as a colour of authority or of protest by Prudence Stone, and essays by Elaine Webster and Natalie Smith on black in fashion in the 20th century, and by Claire Regnault on black in New Zealand fashion. All are illustrated with numerous photographs, mostly in black and white.

Du Pont introduces the question why "in God's own country are we so enamoured with wearing the devil's own colour: Black?".

Our sports teams dress in black - Olympic teams All Blacks, Black Caps, Tall Blacks, Black Sticks and Black Magic the boat, our films are said to be "dark, brooding and uneasy", and our fashion has been described as "edgy, dark and intellectual," particularly garments by Dunedin designer Margarita Robinson of NOM*d, her sister Elisabeth Findlay of Zambesi, World and Karen Walker shown at in London in 1999.

Such statements help create myths, especially as they are continually repeated and we come to believe our own promotional hype.

According to Palenski, the first instance of black and silver being associated with sport on a national basis was the New Zealand Amateur Athletic Association caps in 1887.

Although the first New Zealand rugby team to tour England in 1884 wore blue, for the 1888 tour it was decided black was the "most suitable colour to withstand the wet and sloppy playing fields likely to be experienced in England." Serviceability, too, was the reason for the dark shades, blue and black, of the working men's singlets, and for many black skirts, dresses, blouses or suits worn by women or men through the years.

That New Zealand should identify with black clothing is an interesting concept, and we appear to be fast adopting the idea. However, I suspect some of the essays, particularly about the importance of black to pre-contact Maori, may be a little strained to fit the argument. Other important uses of black in the visual arts by some of our most celebrated artists such as Colin McCahon and Ralph Hotere have been only mentioned in passing.

Nevertheless, it's a smartly produced book, and another link in exploring - and developing - New Zealand culture.