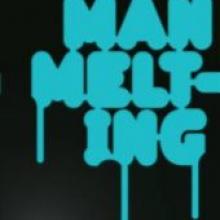 Craig Cliff's "Manawatu" was one of my favourite stories in Sport 36, so I was delighted to open his first collection.

He's good at snappy openings and the 18 stories zip along, so I'm sure this young Wellington civil servant won't mind me saying it livened up quite a few bus journeys.

Although boyhood exposure to horror/sci-fi led me to expect more from the name story of the collection, A Man Melting otherwise lived up to Owen Marshall's puff piece on the cover.

Some of them have been published but there are also some brand-new works.

Like most New Zealand writers these days, Cliff is happy to range far beyond New Zealand's boundaries for his settings and characters.

Among other places, the book takes you to Africa and to Asia.

It even follows the trip-from-hell to the Galapagos Islands endured by a tourist enticed to visit after receiving some emails from Charles Darwin, the one who invented evolution.

After reading his experiences, you wonder why the guy didn't send it to the junk folder.

How many of us won't connect with the character who suddenly finds himself becoming uncomfortably like his father? Like that reference to email or to Wikipedia, many of these stories draw from our modern environment, whether technological or cultural.

In "Unnatural Selection", one of his travelling Kiwis says that "it seemed kind of magic to live in a world without Paul Holmes ... I could pretend Jason Gunn and Fat Freddy's Drop and Nick Harrison didn't exist."

And, as the title "Unnatural Selection" suggests, there are subtle cross-references between many of the stories, offering a sense of cohesion despite the vastly differing topics he covers.

- Dr McLean is a Wellington historian and reviewer.