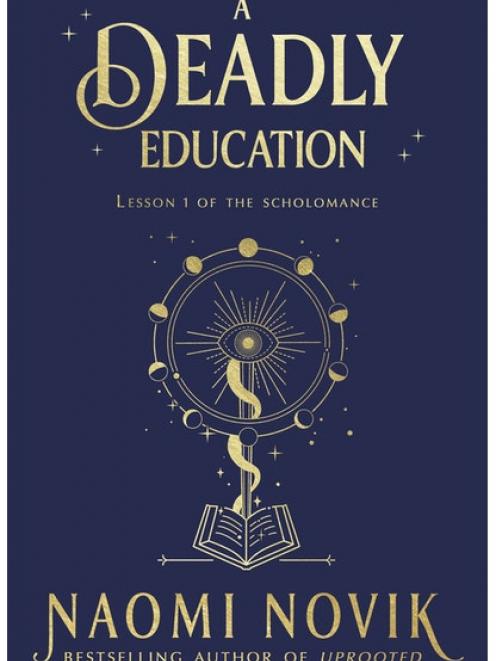 The appeal of the works of authors such Jill Murphy and JK Rowling is the conjunction of two of the most fertile sources of childhood wish-fulfilment: the parent-free environment of boarding school and the ability to perform magic.

In A Deadly Education, Naomi Novik augments this tried-and-true recipe with the cathartic thrill of danger - think Harry Potter meets The Hunger Games – in a novel that will delight YA and adult readers alike.

Forget the safe, fluffy enchantments of contemporary children's stories, Novik cleaves to an older and darker mythology in which magic comes with costs and consequences. In her world the same force – mana – that magicians channel into their spells is a source of sustenance for all manner of monstrous creatures, and every act of magic has the potential to undo its maker.

Adolescent magicians, bursting with mana but without the skill or knowledge to wield it effectively, are a particularly attractive target, and most children from magical families spend their teens at the Scholomance, hidden in an alternative dimension with minimal connection to our own and heavily warded to keep the worst of the monsters at bay. Which is not to say it is a safe environment: its corridors are infested by minor maleficaria that have evaded the wards, it is not unheard of for pupils to be attacked by unfinished homework assignments or drained of mana by other students too lazy to earn their own.

Although trained since birth to restrain her destructive tendencies, black magic comes naturally to Galadriel (El) Higgins. Despite her best attempts to conceal her natural tendencies others sense her darkness and avoid her whenever possible – a situation not helped by her generalised hostility towards the world at large – and the fact that she has made it to third year on her own is testament to her fortitude. Now, with only two years at the Scholomance remaining, El is trying to advertise her abilities to potential allies.

But every opportunity to do so has been thwarted by Orion Lake, an archetypal hero who spends his spare time saving classmates. To make matters worse, Orion is determined to befriend her and now the rest of the class are trying to curry her favour in the hopes of getting his attention. But El is determined to earn acceptance on her own merits, which turns out to be much more difficult that she anticipates.

As a heroine El is a classic underdog, an outsider who values honesty and justice over opportunism and personal advantage, and Novik uses the novel to explore questions of class and privilege: Orion comes from the New York Enclave, one of the oldest and most powerful gated community of magical families who have banded together to share resources and power. Their children arrive at Scholomance with pre-formed alliances and ready access to mana from Enclave stores, totally blind to their own privilege.

Novik has also tried to present a multicultural cast of characters, with rather less success. She has since apologised for her use of superficial and racist stereotypes (one, particularly egregious example will be removed from future editions) and promises to take greater care in the future, an acknowledgement for which she deserves some credit. Despite this, Scholomance is set to join the likes of Miss Cackle's Academy for Witches, Hogwarts, and Brakebills as one of fiction's great magic schools and I cannot wait for the next instalment to arrive.