We tend to think of Vietnam as a victim of American aggression against Communist regimes in the 1960s. But before that, for decades, France oversaw the colonial predation of Indo-China, that later the Japanese invaded, leaving a legacy of The Great Hunger of 1942-48.

After the Vietnam War, the Communist government rigidly controlled a country wasted by years of war and took its revenge on those it regarded as class enemies.

Nguyen Phan Que Mai’s novel covers these momentous years. The narrative recounts the fate of the Tran family, originally traditional Buddhist rice farmers from Nghe An, a fictional village 300km south of Ha Noi. It is told through the voices of three women: Dieu Lan, the matriarch, born in 1920, her daughter, Ngoc, a doctor during the Vietnam War, and her granddaughter, Huong, responsible for putting the whole story together. 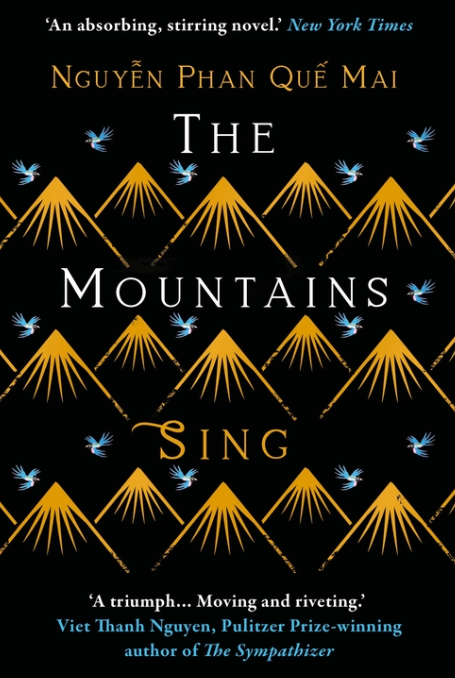 A fortune teller foresees for Dieu Lan ‘‘a very hard life. She will remain rich for a while, but will lose everything and become a wandering beggar in a faraway city’’. These ominous forebodings soon come to pass. The family are used to witnessing brutality. Dieu Lan’s father hated foreigners. “They’ve been here more than sixty years too long, robbing us blind with their duties and taxes, killing innocent people”.

In 1942, Dieu Lan, now a mother of small children, sets off with her father and brother to Han Noi to trade their produce. They meet Japanese soldiers on the road who attack and behead her father for no good reason. Later, Dieu Lan tells her granddaughter Huong: ‘‘In seeking the truth about the Japanese, I read as much as I could about them…[They] beat, hurt, and murdered thousands and thousands of people across Asia. The more I read, the more I became afraid of wars. Wars have the power to turn graceful and cultured people into monsters.’’

It was not only the French and Japanese who could become monsters. During the Great Hunger and later, the Land Reform of 1955, fellow Vietnamese, also behaved viciously to each other. In their village a Vietnamese, nicknamed Wicked Ghost, acting as tax collector for the French, would whip those who could not pay and seize their chattels in place of what they owed.

Dieu Lan’s mother was killed by the Wicked Ghost in 1945. During the Land Reforms her husband was poisoned for his defence of ‘‘bourgeois values’’ and her brother killed, before she and her children were forced from their home to wander as beggars from village to village in fear of their lives. Dieu Lan was most reluctantly obliged to leave her children with strangers to give them a chance of survival.

At the outset of the Vietnam War those children, now adults, serve in the Viet Cong against the Americans and South Vietnamese. In the years after that war, the family gradually came together again, each traumatised in their own way, to be cared for by the redoubtable Dieu Lan.

This complex saga has a grand momentum, as the story is taken up, often in retrospect, by family members recounting their experiences. There is a compelling quality to the heightened emotions, the loss of life and culture, the strength and fortitude of the survivors, punctuated by the proverbs and aphorisms of old Vietnam. Our experience is enhanced by learning a nation’s history from different points of view through the words of a skilled and impassioned writer.