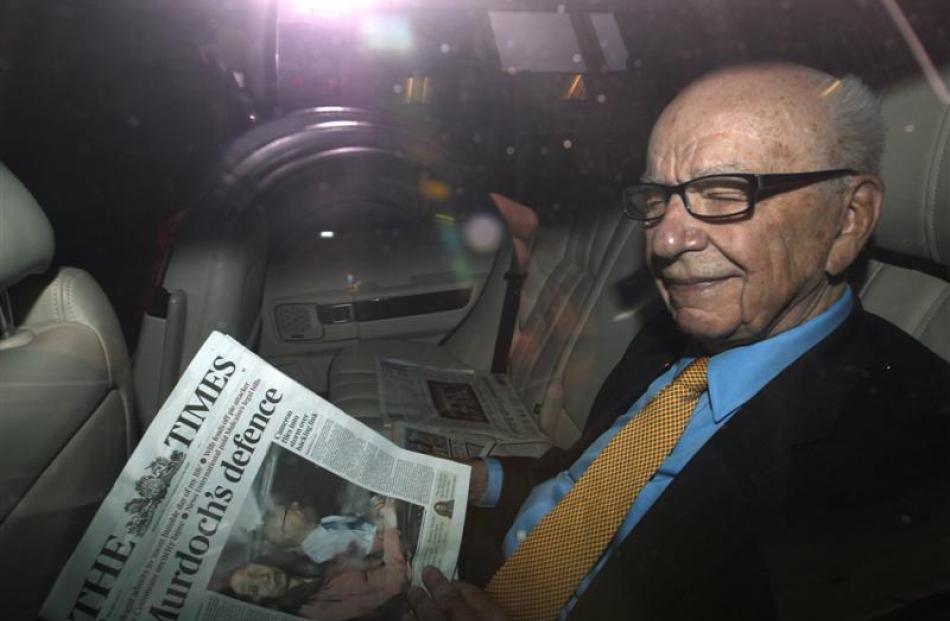 News Corp chief executive and chairman Rupert Murdoch holds a copy of The Times newspaper as he leaves his home in London last July. Photo by Reuters. 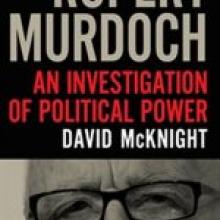 RUPERT MURDOCH: An Investigation of Political Power<br><b> David McKnight<br></b><i>Allen & Unwin
Rupert Murdoch: an Investigation of Political Power by David McKnight, an Australian media academic at the University of New South Wales and former journalist, is a well-researched and chilling survey of the philosophy that has fostered dangerous media abuse of responsibilities.

This is not a full biography of the man who is now an American citizen - probably the most powerful person Australia has ever produced. Other books have covered aspects of the life of one of the word's richest and most powerful men: his dazzling business deals, charm, autocratic cheek and buccaneering, McKnight's study suggests, perhaps proves, that his influence in politics, power and ideas has been underestimated.

Politics is an area that the head of News Corporation, which is the most powerful media organisation in the world owning newspapers, TV stations and Fox News in the United States, is obviously keenly interested in. The magnate has never hesitated to pursue right-wing political goals using News Corp as his vehicle. Oddly enough he has also chosen to champion and pursue a losing battle as a sceptic against the evidence for climate change.

McKnight pieces together a long trail of personal donations from Murdoch to political causes and his close ties to the US Republican administrations, as well as highlighting the secretive culture of News Corporation and its conservative agendas.

Murdoch supported Reagan and Thatcher, and attacked Barack Obama and the Rudd and Gillard governments. Murdoch media strongly urged and supported the war against Iraq. They seem to parrot contempt for all things "liberal" as their view of "balanced reporting."

The author tells of private political seminars held for editors, the sponsorship of think-tanks and a ruthless contempt for rules which underlies the News Limited ethos for its publications,while the boss may not directly instruct his editors on policies of their papers, he takes a delight in the "groupthink" that seems to emerge from them, and they seem to converge on strong, sometimes ruthless policies aimed to please their employer. The control is subtle rather than by direct order, McKnight reports. Editors are probably chosen as people on "the same wavelength."

The book is right up-to-date with discussion of the phone-hacking crisis in the UK that has so seriously tarnished Murdoch's reputation and forced the closure of the News of the World newspaper. A string of his editors, journalists and executives were arrested and charged.

But Murdoch still shows no signs of retiring from his position of personal power and indeed he may revel in fighting his way out of the present embarrassments by sheer use of his personal fortune and the vast resources of News Corporation wielding its political power. He can't pursue his plans for television in Britain but his influence will still be considerable in the coming US presidential elections.

- Geoff Adams is a former editor of the Otago Daily Times.