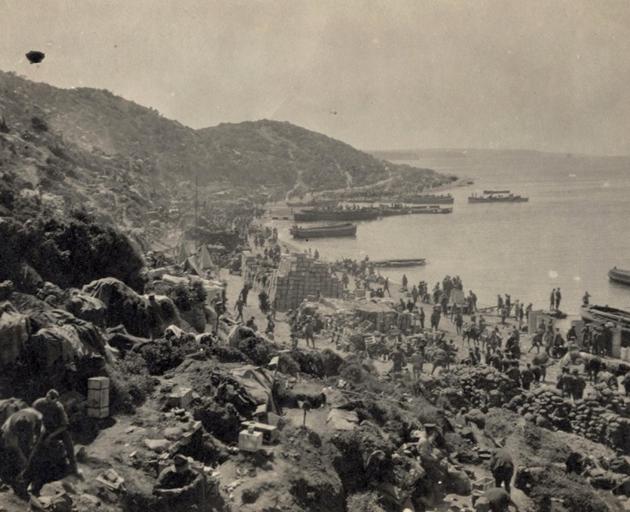 The beach at Anzac Cove congested with boats and barges offloading men and supplies. Overcrowding remained a problem inside the tiny Anzac perimeter until the Sari Bair Offensive in August 1915. PHOTO: ALEXANDER TURNBULL LIBRARY REFERENCE PACOLL-8147-1-08

Wellington historian Matthew Wright’s new book draws on the latest research and discusses some of the controversies such as the Kiwi casualty rate at Gallipoli, writes Gavin McLean.

The past few years have enormously increased our knowledge of World War 1. Despite predictions that the public might tire of commemorating the conflict - and calls by some to pay more attention to our earlier internal wars - New Zealanders have absorbed most of the books, TV programmes and exhibitions. Just look at the turnouts on Anzac Day.

With a sea of books devoted to individuals, to unit histories, individual battles and campaigns and to war resisters, do we need another one?

I think so. The smaller-scale studies have considerable value but there's always a need to pull things together. That is the value of The New Zealand Experience at Gallipoli and the Western Front. At just over 300 pages plus back matter, it is a comfortable read, divided into 15 chapters and well-illustrated by battlefield maps by Geographyx. 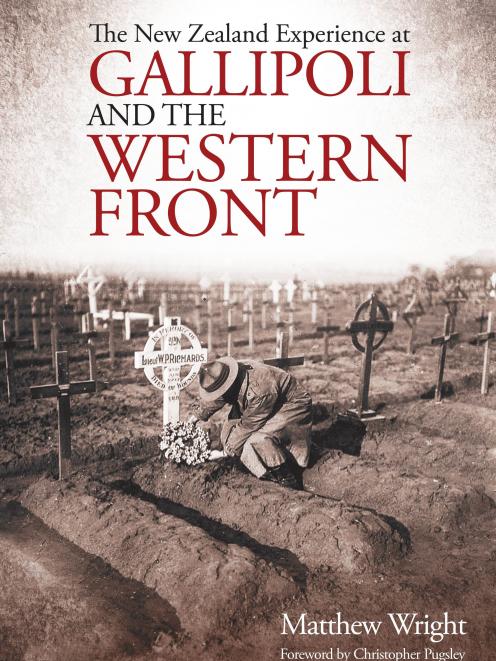 Wellington historian Matthew Wright has an enviable output including an earlier edition of this book, titled Shattered Glory. That work, published by Penguin in 2010, was generally well-received but this one is virtually a new publication. The format has changed, there are new illustrations but, more importantly, The New Zealand Experience draws on the latest research and discusses some of the controversies such as the Kiwi casualty rate at Gallipoli.

Gallipoli and the Western Front receive the bulk of Wright's attention but in many ways the introduction and the first and last chapters were the standouts for me. He reminds us that 90,000 out of a population of 1.1 million served overseas, a remarkable figure. It was a time when we developed a nascent sense of ourselves as a separate nation while still wanting to prove ourselves as Britain's best child.

Wright argues that the journey to and from northern hemispheres changed soldiers, noting that it mirrored the fiction staple of the there-and-back-again journey undertaken in The Hobbit or Star Wars.

The first chapter, "Jingoism'', opens dramatically with the landings at Gallipoli on April 25 1915. But it is really about the New Zealand of the day, since most of our soldiers were citizen-soldiers, not professionals.

As Wright argues, to understand the war as a social phenomenon, "we have to first understand the everyday world the soldiers left''. New Zealand had recently reorganised its land forces along imperial lines. Britain's new friendship with Japan worried us. We had had our divisions in industrial disputes but we were largely united in our views on international relations. Nearly half of us visited HMS New Zealand when the battlecruiser visited in 1913.

"A Land For Heroes?'' and "Myth and Memory'', the final chapters, pull everything together. It took time for the troops to get back here and some never reintegrated themselves into a homeland struggling with the impact of the influenza pandemic and soon to slide into recession with the end of the British commandeer of our primary products at favourable prices. Despite the lighter tone of many books and the silence that most war veterans maintained, the maimed were everywhere to be seen.

We fought in the next world war but our attitudes to World War 1 changed. As one photograph shows, by the 1970s Anzac Day witnessed anti-war protests. A new wave of historians described the war as one fought by lions led by donkeys. More recently, with all the veterans gone and imperialism only distantly remembered, the war - and Gallipoli especially - has "become a significant symbol of New Zealand's twenty-first century sense of nationhood''.

This is a fine introduction to a war that still shapes our world.

The ODT has three copies of The New Zealand Experience at Gallipoli and The Western Front, by Matthew Wright, to give away courtesy of Oratia Books. For your chance to win a copy, email playtime@odt.co.nz with your name and postal address in the body of the email, and ‘‘The New Zealand Experience’’ in the subject line, by 5pm on Tuesday, April 25.