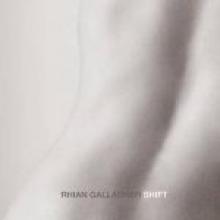 It appeared in The Best of Best New Zealand Poems (VUP, 2011) edited by Bill Manhire and Damien Wilkins.

"Burial" appeared in her debut collection of poems Salt Water Creek (Enitharmon, 2003). She attended the original composition course at Victoria University before living in London for 18 years.

This new collection of poems, Shift, charts her life.

Shift is divided into three parts: Shift, Butterfly and Shore.

The first part is Gallagher's thoughts before London, the second living with her love, and the final few poems find her back in the pines and paddocks of the South Island.

What is remarkable about this collection is how much richness and beauty Gallagher can fold into 58 little poems. There is some stunning wordplay and all mixed in with unfussy arrangements of her poems. Her thoughts flow out in very few words.

This 50-year-old woman pens poems that are straightforward pleasures. She understands people.

Gallagher grieves for her sister in three poems. Her touching poem "Distant Fields" on the Anzac parade is brilliant. "Morning Fog" is a prequel to "Burial" as her father fades away: "There is my mother / in the day-room, feeding him."

Gallagher says she is no longer a practising Catholic but it is impossible to escape such an inheritance.

"Saints of the House":

They could leave us at any time, being
of a substance
thinner than air; they could take us
with them,
lifting us out of our sleep, we could be
called.

Our good dead shine in heaven. The Devil is a dark horse.

Either way it's not this world. But the Saints
are calm,
dreaming the hereafter which is
infinite.

I wait for the cracks and breaks
beneath my bed.

One life is but a perforation on that
long seam,
let not my small soul slip from the
covers.

Shift is a revelation.

This is a chance to see how deep simplicity on a life reflected upon can go. Very deep, it turns out. 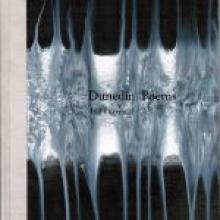 He has worked on poetry, fiction, songs and music-theatre pieces.

Dunedin Poems is a classy new book that contains 23 small poems. Gone is the anger and agro of earlier efforts.

There is a quality and cohesiveness to this particular collection.

Direen knows Dunedin, Mosgiel, Port Chalmers and Aramoana. He brings this out in his work. There is a little echo of David Eggleton's Time of the Icebergs (Otago University, 2010) and a nod to James K Baxter in "On the Other Side of the Leith Stream":

Sometimes there is no wound
- and that is the time
for starting fires
with old exercise books,
shoe boxes, Greetings Cards,
and those photos that always tightened
the Celtic knots of your heart.
That is the time for standing close
and letting the smoke coat your face
Till there is no more time to destroy.
Till you are once again boy.

Direen has always had a little of the damaged-drifter persona in him. Dunedin Poems is certainly worth a look.