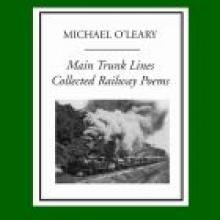 David Bowie died recently and the bulk of Michael O'Leary's Main Trunk Lines: Collected Railway Poems is his "Station to Station: A Cognac for David''.

O'Leary had travelled from Dunedin to see Bowie during his "Serious Moonlight'' concert in Christchurch.

Years later in Auckland O'Leary gave Bowie a glass of cognac as an appreciation "To the Thin White Duke, from the Fat Black Earl''.

O'Leary has collected his entire oeuvre of New Zealand railway poetry in this slim collection: 30 years over 75 pages. He talks of Clarksville, a station between Milton and Balclutha. It appears on the 1962 railmap, but by 1983 is gone.

I still see her picture in the early morning
As she, mini-skirted walking, me yawning
Through the misty southern station, falling
Stumbling, towards town.

So this really is the end of the line
The train no longer goes late or on time
To Dunedin, Invercargill, it's a crime
Putting an end to love.

This little book is simple and elegant, worth a look. 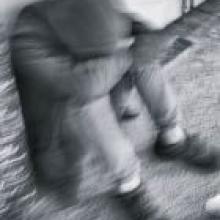 MaryJane Thomson's Lonely Earth is her second collection of poems.

She delivers concise imagery, deep thought and collects together many dark couplets.

Thomson moves through the urban streets of the 21st century and expresses urgent political and public voices to the reader.

Pulling gently like a child at your trousers,
beckoning you to give attention,
if only you could give that attention,
to bring her in,
to leave her without brings sadness.

Thomson is diverse, edgy and endearing. 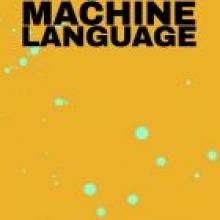 This does look like volume two to his Mad Skills for the Demon Operators (Limetone Singularity Media, 2014).

Billot is as active and restless as ever.

This local poet serves up his "Backseat Chunder Blues (1990)'' and his "Time Travellers''.

We're time travellers slipping through evenings and dawnings
and when you're eighteen you don't hear shadowed warnings
because you're in the new and this new has not yet bruised
due to the world and its schemes that transpose the dreams
from rush of hot blood to the ash and the dusts
the world vacuums up and spits back in our cups.

Billot's clever wordplay is getting better. 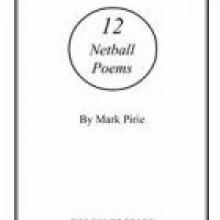 Yet, he collects poems celebrating netball and its players.

Pirie has previously published poems on rugby, cricket and football.

Back from the wilds of skid row;
Ferns sporting that golden glow.

This was written after New Zealand's first win over Australia at the 2015 World Cup.