War is a jigsaw and in recent times many of the pieces are being examined in detail, so much so that just a small element of a battle like Monte Cassino can justify an entire volume covering just one piece of the jigsaw. In Tank Attack at Monte Cassino

Jeffrey Plowman of Christchurch, an acknowledged expert on New Zealand’s tank units, has examined the planning, execution, and eventual failure of an operation designed to attack the German stronghold in the Monte Cassino monastery by building a road to take tanks behind the target. Cavendish Road it was called, after the home address in Bournemouth of the Royal Engineers officer who oversaw the early work carried out by an Indian Field Company. 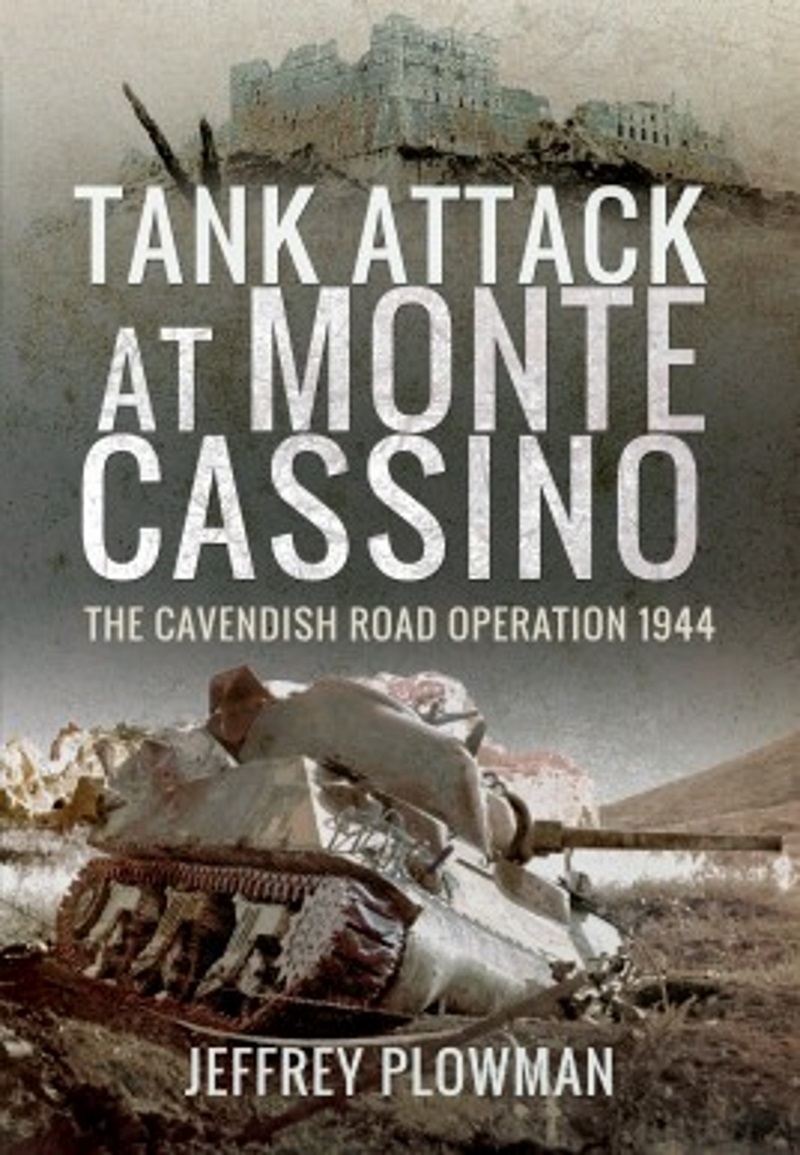 We move quickly from the grand strategies and high command discussions to the daily detail of the men in the field. Using picks and shovels, and even scrabbling about by hand, the Indians made some headway but when two bulldozers were loaned from a New Zealand Field Company progress became more rapid. Field companies and other ancillary units, often overlooked in battle histories, become a crucial element in such an operation. Under fire and battling with rock outcrops and washouts, the road snakes up the hill.

Eventually, armoured troops set off on the narrow track facing enemy guns in strong defensive positions. This is where the stories of each tank and the stories of almost every crew member are told. C Squadron of 20 NZ Armoured Regiment are to the fore and amidst the officialese and acronyms of HQ daily situation reports and radio messages between General Freyberg and American and British generals come the gems of personal recollections.

It is well known in Maniototo that local farmer Laurie Falconer lost his arm at Cassino but this book provides the detail from an interview with Rex Miller who describes the event and tells of how he and Don Grant managed to drag Falconer to safety. Southlander Jack “Stuffy” Hazlett was killed in the battle and with the story being told by the men in his tank we learn much about the confusion, bad luck and courage which are part of being in action.

To put the entire jigsaw in perspective Tank Attack at Monte Cassino sets the scene with the early part of the Italian campaign explained and even background from the New Zealand troops in North Africa, where lack of tank support dismayed the infantry, and thus contrasts with the lack of infantry to support the tanks on Cavendish Road.

In recent times many more photographs have emerged for researchers to use and with some from private sources (including German defenders) and from Polish museums the Cavendish Road story can be viewed almost frame by frame.
The final part of Tank Attack at Monte Cassino takes us to the scene today: an overgrown track, tank wreckage and caves which sheltered the attacking troops.

Cavendish Road, like Greece and Crete, is the site of defeat rather than victory (only weeks later did Polish troops take the monastery) but the details of how the battle was lost are valuable reminders of how war is waged.

Without such analysis, even 75 years on, we would be no wiser than our grandparents, eager for war news, who in March 1944 had to rely on “good news” reports from British United Press which were all the Otago Daily Times had to play with: “Allied tanks are rolling over a secretly built mountain road and have outflanked the German positions at Cassino”.

It was not like that at all, but Tank Attack at Monte Cassino will tell you how it actually was.