Tania Roxborogh reviews End of the Alphabet and Winter of Grace.

While my year 10s were devouring Fleur Beale's Juno of Taris (short-listed for the 2009 NZ Post book awards), I was at my desk devouring her newest novel.

End of the Alphabet is deliciously readable.

Ruby, nearly 15, can't read or write but that doesn't stop her making huge contributions to the lives around her.

The thorn in the flesh is her brother Max (only 11 months younger but in the same year as Ruby); he's a complete slacker and is able to wrap their mother around his little finger - usually to Ruby's disadvantage.

It's nice that Ruby's step-dad and wee half-brothers see the situation for how it is and are on her side.

The novel takes the reader through a year of Ruby's life as she tries to take charge of her future: from getting a crummy job with a crummy boss, to learning Portuguese, to learning when it's time to speak up and when it's better to be quiet.

All Beale's characters are fully drawn and I very much enjoyed spending a couple of days in the company of Ruby, her family and friends.

This novel reminds us that academic success is not the only way to achieve good things in life: hard work and talent, faithfulness and reliability are highly valued commodities.

Highly recommended as a special book for the young teen in your family. 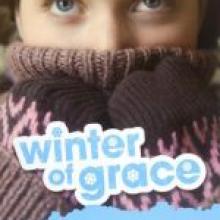 Many years ago, some kids from school came to me and said: Mrs Roxborogh, can you write a novel from our point of view? What is that, I asked.

Christian, they said. We are normal but often painted in literature as wonky/weird/crazy.

I nodded. They were right.

But other stories got in the way.

Then, I received, for review, a couple of novels from Allen and Unwin (who always publish great stuff) but they looked, so, well, naff. I put them aside.

Note to self: stop judging a book by its cover! I put the books on the stand in my classroom for pupil consumption.

Hmmm. Consumed they were and by my daughter just today. Book finished in a day.

Homework, tae kwon do and music practice cast aside for this story.

"I cried and cried. It's a fantastic story."

So, I did. She's right. It's a great story and it is well-written.

Black mark to me that I thought it might be just a girly book because it is associated with Girlfriend magazine, which I personally am not enamoured with.

But I do like that it has a Christian perspective.

Many of our reading kids have a faith.

Winter of Grace is a realistic account of one young girl's journey of self-discovery - wrapped in the world of activism, friendship and love without being smarmy preachy.

It's well-written and takes into account (without being shy) the issues of a largely invisible section of our teenage society.

- Tania Roxborogh is a Dunedin teacher and writer.