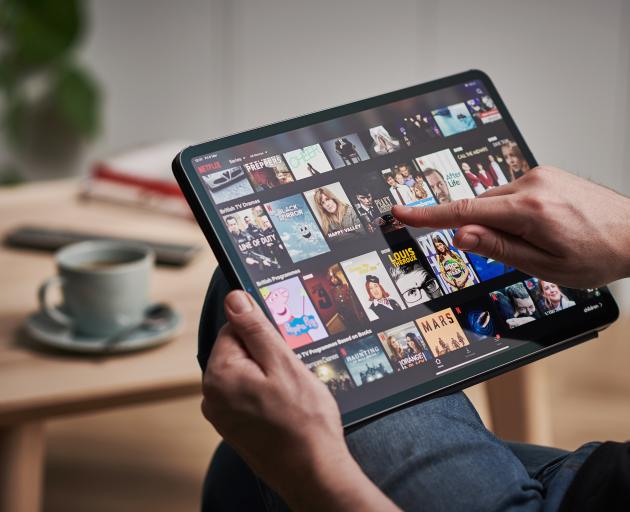 Photo: Getty Images
The days of freely sharing your Netflix password with your mates could be about to end.

Netflix has announced in a statement that they will begin charging users to share outside their household, starting with a trial in Chile, Costa Rica and Peru.

While it is only a trial for now, it's likely a sign of future trends for the streaming giant.

There are no firm figures on how often people share their Netflix passwords with their kids at uni, next door neighbours or extended families, but more than 2 million Kiwis have a Netflix account.

The company's crackdown on password sharing is "pretty much a money grab," said Paul Spain, the head of Gorilla Technology.

Over the past several years Netflix has invested huge amounts into developing its own programmes and movies, but they have to pay for that as well, Spain said.

"What we've got here is a commercial entity that pours billions of dollars into content, and the more that they get coming in from their subscribers, that allows them to keep investing back into the content."

There is far more competition among streaming services than there once was, with Amazon, Apple and Disney plus local New Zealand challengers like Neon and TVNZ OnDemand.

"What Netflix want to do is completely on a long-term basis differentiate their offering from what everybody else in the market is doing," Spain said.

"They really want to continue with as much dominance as possible but for that to all play out well they've ultimately got to return a good profit and so any way they can do that, they're keen to do."

That will probably include further price increases. Netflix's last price rise for New Zealand customers came in October, rising by a dollar or two depending on what plan users were signed up for.

The plans now range from $12.99 for the basic plan with one screen usable at a time for streaming to $24.99 per month for the premium plan with four screens and higher quality.

Netflix may be a global giant but that doesn't mean they are flush with cash considering how much they spend, he said.

"They're not a hugely profitable firm."

The pandemic had been helpful for viewers, but Netflix saw a big drop in the number of new subscribers last year compared to 2020.

"Their current profits don't really reflect their current share price. That's part of the challenge they have to weigh up, their desire to have a huge, huge audience and to dominate the market."

How will Netflix enforce a crackdown on sharing passwords?

Multi-factor authentication that requires a text or other confirmation is one tool, Spain said.

"Over time they'll just put more and more sort of lockdowns into place," including limiting the number of devices that are logged into the account.

Spain said he doesn't think Netflix will block users from using their accounts when they travel, however, as you can currently use your New Zealand account when you go to America, for instance.

"I don't think they'll do an across the board geo-blocking any time soon. I do think there is going to be a level of flexibility."

"The sharing that happens today is probably more people within your same country anyway in most cases."