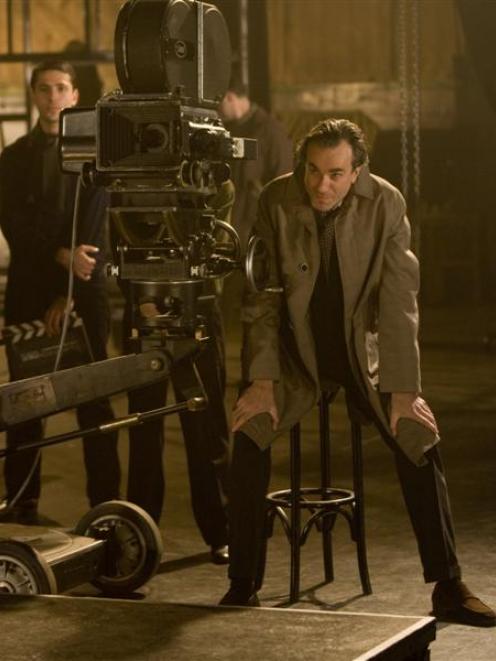 Films about how hard it is to make a movie usually fail to impress the public.

We all know film people spend all day in their trailers before emerging to emote a few lines of dialogue - how hard can it be?

Nine (Rialto) is a musical about wildly successful Italian film director Guido Contini (Daniel Day-Lewis) mentally unravelling as he struggles to come up with his next masterpiece.

Fortunately for Guido and us, he has Judi Dench as Lilli, the sharp-tongued costume designer who tries to keep his feet on the ground.

"Directing is not so hard."

"It is just saying yes or no to a succession of questions."

The problem is without the script no-one can figure out the right questions to ask.

As everyone sings their innermost thoughts, it becomes clear Guido's writer's block is because the women who have nurtured him are no longer prepared to play ball.

This serious musical's one guilty pleasure is grading the Italian accents.

Daniel Day-Lewis is immaculate, while Nicole Kidman lets those Aussie vowels leak out.

Oh, and he sings a little as well.

Worst thing: When you hire so many beautiful actresses, why light them so brutally? It is taking egalitarianism too far when Dame Judi emerges as the movie's pin-up.

See it with: the knowledge that while this is a musical, it is not necessarily a feel-good experience