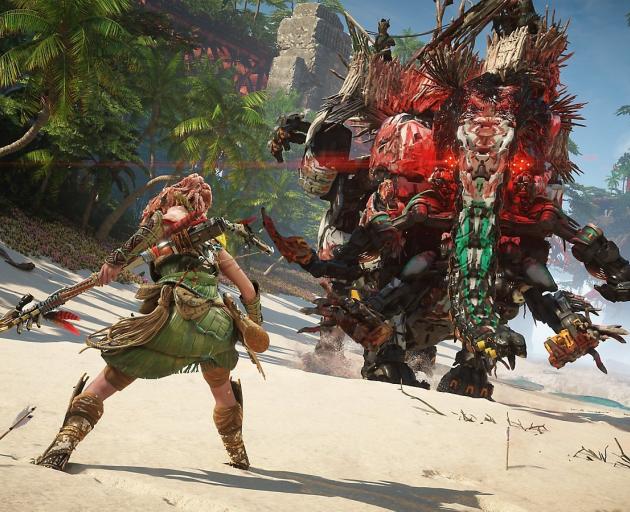 It took me a long time, for whatever reason, to really get into Horizon Zero Dawn.

Some games are like that. They are clearly good, in a sort of objective or technical way, but they do not quite strike a chord immediately.

Well, it took me about five minutes to get into Horizon Forbidden West.

A good gaming sequel takes the story forward, includes all the good gameplay from the original, fixes up the clunky bits, and introduces some cool new things — and Forbidden West ticks all the boxes, more so than any sequel I have played in an awfully long time.

It sucks you in quickly with its variety, its accessibility, its smoothness, its lovely blend of eye-popping set pieces and nifty little moments off the main track, and its engaging storyline.

You again assume the role of Aloy, the flame-haired heroine with a ninja mentality and weapon skills to burn who is back in the post-apocalyptic future with machines to fight, puzzles to solve, arrows to craft, and many, many berries to gather to be used as medicine. 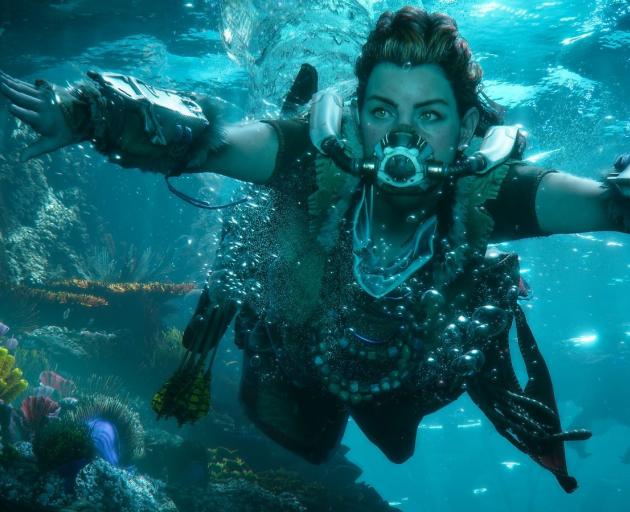 The story is so dense that it lost me at times (OK, regularly), but essentially she is exploring the Forbidden West, loosely based on the western United States, and is both looking for the source of a weird plague — which manifests itself in a red gunk that spreads rapidly over everything — and trying to find a back-up for an artificial intelligence programme that will (hopefully) reverse the effects of the planet's degrading biosphere.

Aloy has friends along the way but she is effectively a one-woman band, and the game gives you both free range to explore a humongous map and the ability to learn an incredible amount of crafting and fighting abilities.

Variety is the key to any open-world game, and Aloy is able to do nearly anything. You can play the game how you want to play it — patiently or at pace, steadily completing side quests and errands as they pop up, or charging down the main storyline.

The weapons and arrows and traps and tools come at you thick and fast, but the inventory is clean and never feels overwhelming.

There’s just an overall sense of this being an easier gaming experience. Underwater exploring is a nice addition, climbing is much easier (thank goodness, because it was niggly in Zero Dawn), melee combat is much better, and the levelling-up mechanic, while vastly expanded and potentially intimidating at first, makes more sense.

Perhaps hardcore Horizon fans will disagree, but another appeal of the sequel is the more forgiving gameplay, making it a pick-up-and-play experience, even if you missed the first.

It all takes place in a truly vast and epic setting, as the PlayStation 5 finally starts to utilise its grunt. Aloy’s world is immense and alive, and an utter delight to explore.

Prepare to sink some time into your journey into the west, though. There is so much to do, but the appeal of the game is it never feels like a grind.