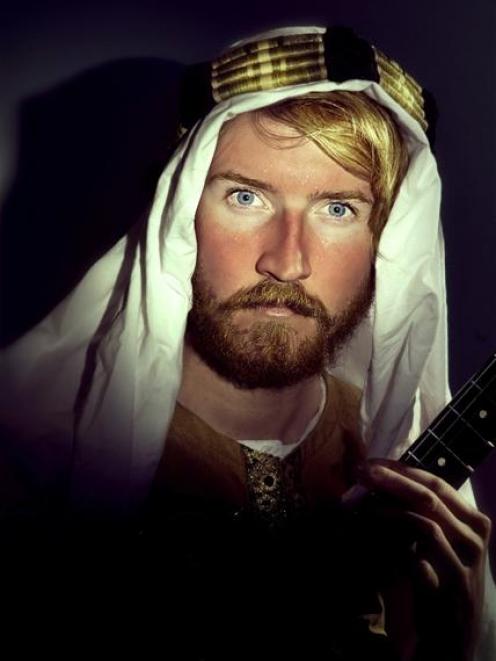 His mum named him James Milne, but he has been playing solo as Lawrence Arabia for a few years, and now has a band in tow.

Milne says he is holding out high hopes for a solid Dunedin crowd and people can expect much from their gig.

"As much music as we can fit in before the witching hour, when staggering apparitions begin doing strange things in the alleyways of Port Chalmers."

Milne is no stranger to touring overseas, although he's been a bit quiet of late.

"I've been in New Zealand most of the year actually, apart from one Australian tour, but preparing to head overseas when my album comes out in the northern hemisphere, and I expect to spend a good chunk of next year touring that."

However, his band has been growing.

"It's me and four other gents Martin Keane and Daniel Ward from the Sneaks, who've been playing with me for a couple of years now, and new recruits Hayden East, who used to play in the Brunettes, and Tom Watson, from Cassette."

Milne says he currently in the studio: "working on the final overdubs for the Barb album, which is what Liam Finn, Connan Mockasin, E-J Barnes, Seamus Ebbs and I were recording before we toured in August.

"Mike Fabulous and I have also been slowly chipping away on a strange lo-fi funk album.

"Both of these albums will hopefully come out next year."

I ended with a question: if he could see any band in any time period before he dies, who would he see, when and why?

"Those were some well-dressed men."

Be there
• Lawrence Arabia plays at Chicks Hotel in Port Chalmers on Saturday, December 12.