On the Floor: Bell rings in Snail for trail 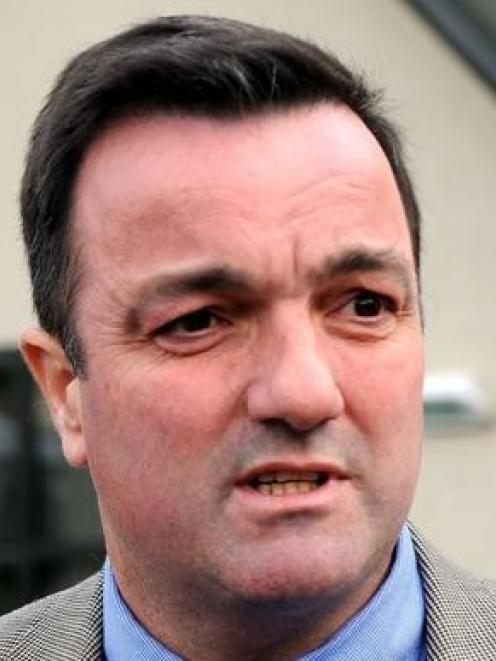 Azalia Snail
Indie rocker Sandra Bell is teaming up with a friend she met in Germany to take the stage in Dunedin in the coming week before heading off around the country.

"I met Azalia when she was touring Germany. I had her record Burnt Sienna from the '90s and was a huge fan. We invited her out here to tour," Bell says.

While fresh to these shores, Snail has been producing music for the better part of 20 years.

Influences on her music have varied over the years.

"In my early NYC years, it was Fly Ashtray and WFMU radio that inspired me to do it."

Bell, who has had some success on the American college radio scene with her brand of rollicking dark indie rock, will be accompanied by Dianne Civil on drums for her coming gigs.

Bell's fourth album White Nights, written mostly in Berlin where she lived from 2001-2006, is due out through Powertool Records soon.

She says it has been a while between albums for her, for some pretty solid reasons.

"It's nine years since I released City Of Sorrows. Moving countries a few times, having a child, and working have contributed to the gap.

"Also, as it was a self-recorded album, I pottered away at it when I could."

Snail has recorded 11 critically-acclaimed albums, gaining recognition as a pioneering force in the underground "lo-fi" movement of the 1990s.

The tour is Snail's first trip to New Zealand, she's based in a place between Los Angeles and Hollywood.

"Yes, first time in New Zealand and I am thrilled.

"My sister came to New Zealand some years ago and raved about it. I do love the independent music there, from what I've heard."

She says Powertool is releasing a double "best of" CD for the tour, called Petal Metal.

"I have about 11 albums and a bunch of singles and tracks on compilations. I've recorded two of the last couple of studio albums in England, at Gary Ramon's Third Eye Studio.

"Before that, I mostly recorded in NYC in my apartment in Greenwich Village, as well as Waterworks Studio."

• Hamilton's dDub have been regular visitors to Dunedin over the past few years.

Derek Browne is pretty much the heart of the band, and we caught up for a chat earlier this week.

"We played Backstage about five or six months ago - it went off - we love coming to Dunners, it always rocks, beats Auckland any day!" Browne said.

He says the band has been busy.

"We've been producing a DVD - of live footage, interviews with the band, and all our seven music vids we've made over the last four or five years - repackaging Medicine Man, our album we've just released, and got the new album pack into the shops this week I think.

"Also, we've been hard out writing new tunes, and building on our live show. [We've] got some new tunes to bring out for the show [tonight], and we're getting ready for a big summer - lots of festivals going on - and looking into heading back to Australia.