On the floor: Success in their sights 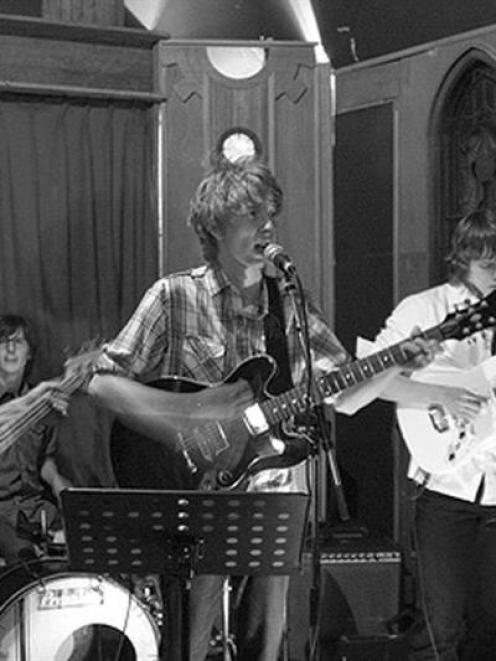 The band was watched by a major record label for a few years before being signed for a two-EP-and-album deal.

The band is due to play its first gig in Dunedin next Saturday, so Hope and I had a chat.

Artisan Guns, in town to celebrate the release of its first EP, Bird and Bone, will play at Refuel on October 10 with an impressive support band, DejaVoodoo.

"Matt Headlane, an A and R guy for EMI, heard us a few years ago on BFM's Fancy New Band segment," he says.

"We've just been playing shows for three years since then and he, now leading EMI New Zealand, approached us after we recorded an EP under our own steam."

He considers himself very lucky because this is his first band, which is not the case for all of the members.

"It's the first band I've been in. Alex was in another band, and we formed in 2006. It's been the same line-up ever since.

"It's been good. We've grown into a family unit. We're almost like friends first, music second; but we're all really motivated to make this a long-time career."

Hope says all but one of the band's members are music students at Auckland University - Stephens is a fine arts student.

So what are they listening to?

"I'm really enjoying Chet Baker and Nirvana. I like any bands who put their songwriting and passion for music before money . . ."

After this tour, the band plans to go Australia.

"We also want to get into the studio to record another EP, and get it released as soon as possible."

The band has a contract for two EPs and an album with EMI.

Hope says he feels fortunate to have secured a deal.

"It's more than I could ever have asked for. I've accomplished so much with them, and it's been driving me really hard.

"It's great to say I've been able to do something with my music career."

• Artisan Guns plays with Dejavoodoo at Refuel on October 10.