Review: Comedy and carols make an entertaining evening of song 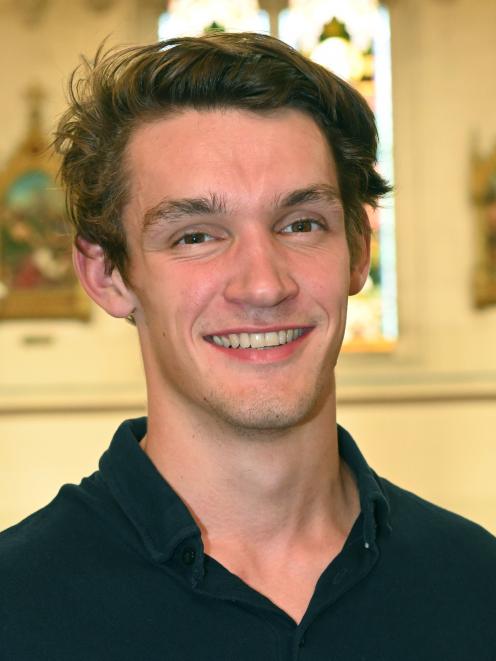 Scot Bezett
A short programme of pre-Christmas entertainment was presented by Opera Otago in the New Athenaeum Theatre last night, and is repeated this evening.

The Telephone (1947), a half hour comic opera by Menotti, was the main item, set in the untidy sitting-room of a 1960s student flat, the morning after a graduation party — themed to acknowledge current graduations in the city.

This popular little musical skit focuses on Ben’s (Scot Bezett) attempts to propose to Lucy (Ingrid Fomison-Nurse) who is always ringing or answering her phone at the precise moments he is about to get down on one knee.

Fomison-Nurse has a very strong soprano delivery and her coloratura cackles into the phone were hilariously loud and frequent.

However, I missed many humorous gossipy strands of fast-moving dialogue, partly due to proximity and intense tone of the electric piano, which though very well handled by pianist Mark Wigglesworth, dominated throughout.

Bezett expressed Ben’s frustration and desperation with facial expressions and believable body language, before finally being rewarded in the story’s happy ending.

The second half of the programme featured a variety of Christmas songs.

Baritone Kieran Kelly sang The Time of Snow (Chilcott), with text telling of Joseph and Mary making their way to Bethlehem in winter.

Soprano Lillian Gibbs’ Sylphinia’s Aria (Only a Miracle) (Barab) gave a sincere delivery from the mother’s perspective, of the birth of a baby son in a manger and Bezett gave an animated rendition of I Saw Mummy Kissing Santa Claus.

Joseph Kelly reminded some of the audience of last year’s Christmas production with A Boy without a Friend from A Christmas Carol (Norman) and the company also sang Lost Love from that Christmas musical.

We Wish you a Merry Christmas completed the programme.

Direction was by Claire Barton, narrator Marama Grant and script by John Drummond.