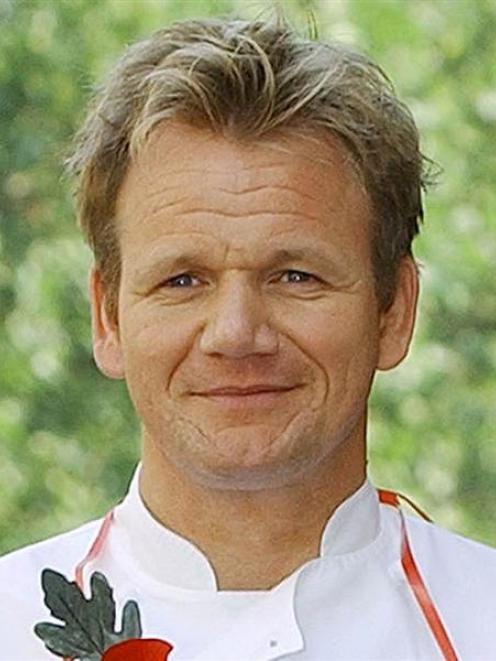 Gordon Ramsay. Photo by AP.
Celebrity chef Gordon Ramsay has told a friend he is appalled his wife Tana has had to endure the humiliation of allegations he had a seven-year affair, a British newspaper reported on Wednesday.

As the Ramsays maintained their public silence over the matter, the Daily Mirror said Gordon had told Tana he had only met Sarah Symonds - author of the book Having An Affair? A Handbook for the Other Woman - four times.

According to the paper, the multi-millionaire chef told an unnamed friend: "I'm so sorry I've put Tana through this. I've apologised to her and feel absolutely dreadful. She really doesn't deserve all this grief."

Gordon Ramsay (42) and Symonds (38) were recently photographed at a London hotel, after she was said to have bought three bottles of legal sex drugs.

The claims were made by the tabloid News of the World, and the Ramsays have not commented or denied the allegations.

The Mirror said Ramsay and Tana, his 33-year-old wife of 12 years and mother of his four children, had a "heart-to-heart" at their South London home over the claims.

"Gordon was honest with Tana. It was the least he could do in light of all that's happened," the friend was quoted as saying.

"He is so remorseful over putting her and the kids through such an ordeal.

"As you would expect, he's also very angry and says a lot of it is complete b*******." Symonds once had an affair with shamed Tory politician Lord Jeffrey Archer but says she no longer indulges in extra-marital relationships.