The art of storytelling 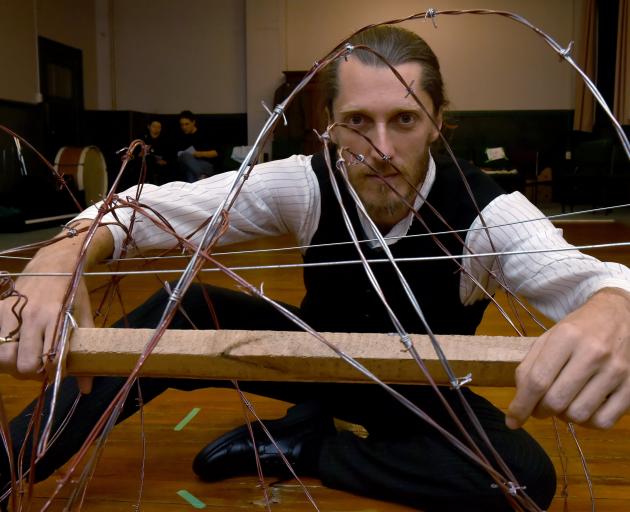 The story of an Otago farm boy who became famous for his conscientious objection to war has been made into an opera.

Composer John Drummond and singer Andrew Glover tell Rebecca Fox about the need to remember those who showed their courage in different ways.

The story of Scroggs Hill farmer Archibald Baxter's treatment as a result of his objections to war is about to come to life as an opera.

The world premiere of War Story, based on a play by Michael Galvin (of Shortland Street fame), with the music and libretto written by Emeritus Prof John Drummond, opens at the Mayfair Theatre this month.

It has been more than two years since Drummond decided the WW1 centenary commemorations were a fitting time to tell Baxter's story. 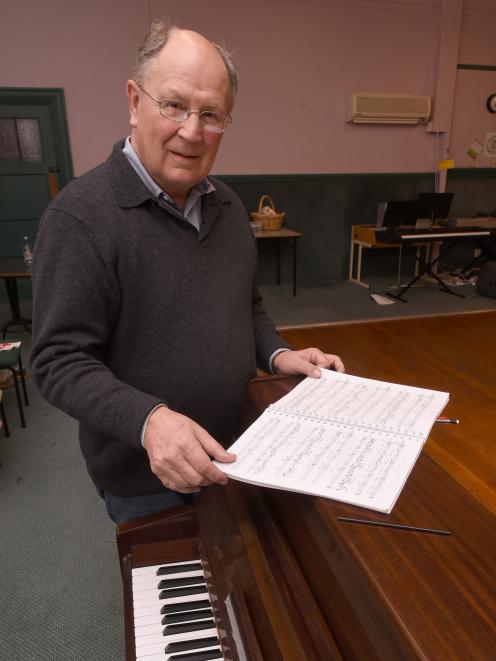 Drummond's interest resulted from being raised in a Quaker family with a father who was a conscientious objector during WW2.

''For the Society of Friends, peace is always a better alternative to war - that we should make peace not war. I suppose his story resonated because of my upbringing.''

When he discovered Galvin had written a play based on Baxter's story, he contacted the actor who sent down the play, saving Drummond the task of converting a 200-page autobiography into a play.

Instead, Drummond was able to concentrate on turning it into an opera libretto telling the story of Baxter's arrest, his experiences at the hands of the military authorities, including receiving Field Punishment No1, being sent into no-man's land, and being incarcerated in a mental asylum.

''I pared it down, made space for the music - the things you do when you turn one artwork into another.''

Drummond is one of New Zealand's most successful opera composers, having already told the story of Captain Robert Falcon Scott's fateful expedition to the South Pole in an oratorio performed by Southern Sinfonia and City Choir.

Opera Otago agreed to stage the opera, funding was sought and a search began for a cast.

He found his lead, Taupo-born tenor Andrew Glover, in Brussels, and cast baritones Matt Landreth and Alex Lee as fellow conscientious objectors Kirwin and Briggs. The rest of the all-male cast are graduates or students of the University of Otago's music department or older, experienced singers.

All up, the 28 different roles are sung by 11 singers, with accompaniment from four electronic keyboards and two percussionists.

Vincent Hardaker, a recent graduate of the New Zealand School of Music, will conduct the opera while Drummond handles stage direction.

Drummond chose opera in this case because he believes it is a great way to tell a story.

''I'm addicted to opera. It used to be smoking, but this is better for me,'' Drummond joked.

''It's the most exciting art form, the most complex as there is so much happening at the same time.''

While he performed in a couple of operas while he was a student, he prefers the behind-the-scenes work.

''It's an amazing art form. When it all works it is more complex, so more can go wrong.''

He admits Baxter's story creates mixed feelings in some people and asserts the play does not ''knock the heroes'' who went to war.

''It is remembering those who took a different position, one whose heroism and courage should be remembered alongside those who fought.

''I don't want to take anything away from the soldiers who did fight. I'm not trying to attack them. I'm just saying there are other people who were heroic, too.

''I just can't imagine how Archie Baxter could stand up to the challenges he faced going through his experiences.''

Given what Baxter faced it is a wonder he did not give in.

''He didn't. It's not something everyone could do. Other conscientious objectors gave in, yielded to avoid the pain, humiliation and abuse.''

Drummond, who lived and performed in London for 10 years, believes it is important to remember Baxter was not a ''liberal intellectual'' but a ordinary guy who farmed sheep.

Glover, who knew nothing of Baxter's story before he was approached for the role, has

been amazed by what he has learned.

He read Baxter's autobiography, We Shall Not Cease, which outlined what happened in a very dry and factual way.

''He was abused, really hurt .. . what he had to endure was horrendous. By the end of it he was quite stoic.''

Glover has been immersing himself in the story, exploring the character and said working with the cast was a ''delight''.

Drummond says the book does not tell you how he felt, so people have to use their imagination as to how he felt.

''In the end that is what gives it power - it draws the audience into his head.''

The story is an emotional piece for any performer to tackle.

''It has unique challenges. You have to live through those experiences as a performer. It's a roller-coaster, that is part of the art form. It's what I signed up for.''

Glover said working directly with Drummond was a great advantage as he had provided a clear vision of the story.

''It's a luxury to have the composer working with you in the rehearsal room. It's unheard of, rare to have that.

''There is a real cohesion with that line of vision. As a result we can tell the story clearly, simply ... and, I think, very effectively.''

The music Drummond had created was ''truly beautiful'', but it also got ''ugly'' for the right reasons.

It reflected the military world Baxter found himself in and the brutality he experienced as he tried to hold on to his ideals and moral compass.

For Glover, who studied drama before taking up opera, it is a rare chance for an opera singer to perform a new work - one where the language has moved on from the language of the opera he normally performs.

''John addresses the story. He's taken the music and the words and moulds the music to enhance the story.

''It is an English opera, for English speakers, so far more can be expressed than could in a play. There is more scope and more potential for great theatre.''