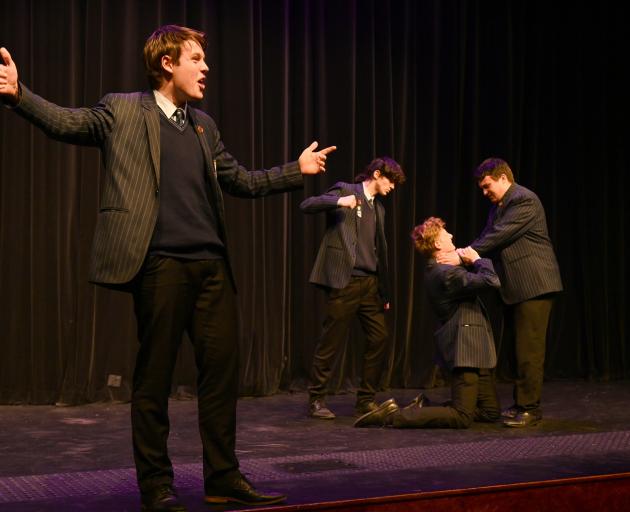 But when it comes to theatre, he is one of the best in New Zealand.

Zac said he enjoyed the creativity behind Shakespearean fight scenes and being evil on stage.

"It’s good to have a pretend fight because you can’t bash people with skateboards and bike locks [in real life].

"It’s good to live out a fantasy and live out something you can never do outside of acting."

Zac said he auditioned for Mercutio, but he liked Benvolio better because of the character’s depth.

"Benvolio has so much character depth and I thought I’d be able to explore a lot more with the character of Benvolio, and bring in the raw emotion of distraught anger as well as being upbeat and happy."

The festival had 48 performances from schools around the country and each performance had up to 20 people.

Zac was "beyond happy" about the award because there was so much talent on stage.

He was not expecting to win, but at the same time he was pleased to be recognised for his hard work.

The pupils said they were hopeful they would win because of the audience’s positive energy during their performance.

"The audience loved us, so nice to hear all their cheers," Cullan said.

Columba College and Kavanagh College also had success at the festival, by winning the Outstanding Imagination and Commitment to the Text Award and the Filmic Award, respectively.