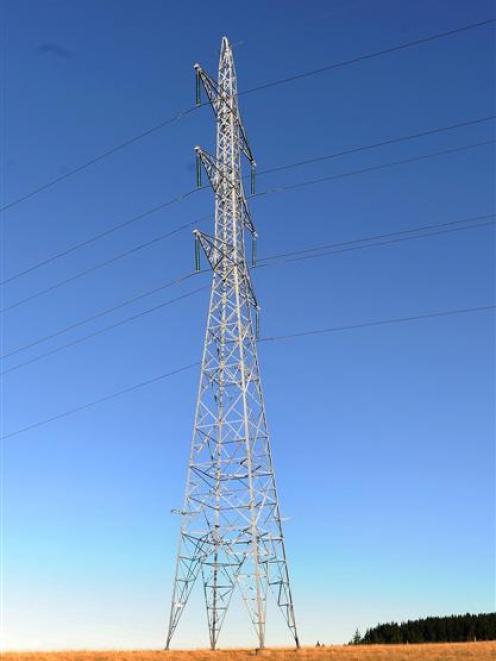 Selling our electricity companies is akin to selling the goose that lays the golden eggs. For a one-off price, we lose all future dividends, argues the author. Photo supplied.
Tomorrow is Budget day. David Clark sets out some strategies he argues will help build a stronger economy.

It is getting harder to make ends meet. For most New Zealanders, prices have been rising faster than wages during the past couple of years.

This is obvious when you go to buy a bottle of milk, or a block of cheese, or when you go to fill up the car at the petrol station. These items cost more. Wage rises haven't been commensurate.

When tax cuts, GST increases and inflation are taken into account, most New Zealand wage earners are worse off than they were a couple of years ago.

New Zealand has come perilously close to a double-dip recession. Other similar economies are surging ahead.

Under the current Government, the New Zealand economy has stagnated.

We appear to be bucking the OECD recovery trend. The figures back this up. GDP per capita has fallen.

By official measures, the value of goods and services produced by each New Zealand worker is less than it once was. This is not how things should be.

The current Government is under fire for not having a plan to improve the economy. Its upcoming budget is likely to focus on down-sizing with a series of cuts to public services. The effects of these cuts will be felt in schools, hospitals, and community organisations for years to come.

To be fair to the Government, it is developing a plan, just not a very good one. After being forced to back down from mining national parks, it has abandoned the ambition of closing the wage gap with Australia. Now it is touting low wages as a "competitive advantage". The natural extension of this logic is a race to the bottom.

National's other "idea" is to sell our state assets. Selling our electricity companies is akin to selling the goose that lays the golden eggs. For a one-off price, we lose all future dividends. We know that electricity companies charge too much for power. But selling them will not solve that problem. The silver lining in the current situation is that most of this money goes back to the Government. From the Government, it then goes back into our schools and hospitals. If we sell these assets, this flow of funds to public services stops.

Funding for research and development will incentivise innovation. We also need to update our monetary policy. Our Reserve Bank must shift from a single focus, to include employment and growth targets, in addition to inflation. This is what many of our neighbours do.

Australia does it. It's not rocket science.

We need to address our productivity problems as a country.

It's a simple equation. To increase our total output we can: invest in new equipment, ideas or skills; increase the number of hours worked; or, work more efficiently (or some combination of the three).

We already work more hours than most wealthy countries. Working smarter is always a good idea, but the gains are usually incremental.

Investing in stuff that makes us produce more is a good idea. But a commonly acknowledged problem in New Zealand is capital depth. We have new equipment, ideas or skills in mind, but can't find someone to invest in them.

Capital gains to be made in the housing market have swallowed up some of the otherwise available investment, excess profits go to off-shore banks. We need to make it easier and more attractive for New Zealanders to invest in productive industries. And we need to make sure we don't sell the productive assets we've still got to foreign owners who promise us little more than the purchase price. New Zealanders can't buy farms in the United States, the United Kingdom or China, so why can they buy our farms here?

The savings performance of New Zealanders must be lifted. An enhanced KiwiSaver is the answer, whether broadened and strengthened, or made compulsory.

Short-sighted cuts, don't keep the receivers at bay for long. Instead, we need investment that will ensure development of a more diversified economy. This will generate sustainable employment opportunities. Workers pay tax. The incentives also need to be right if we want to increase the capital available to our productive industries. Capital depth leads to higher productivity.

And we need to tackle our private debt issue.

If New Zealand and New Zealanders are serious about making ends meet, we need a step by step plan to make necessary shifts in our economy. Then the scene will be set for a prosperous future.