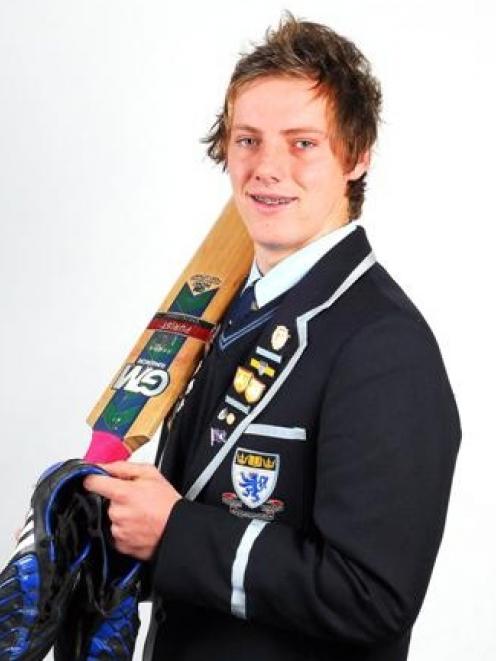 Kai Daniel
For Kings High School head boy Kai Daniel, cricket and rugby fields are his "home away from home".

The 18-year-old emigrated to New Zealand from South Africa in 2005 and admits the early days were tough.

But his passion for cricket and rugby allowed him to join local teams, make new friends and establish a new life.

Kai is captain of the Otago under-17 cricket team and a member of the Junior Highlanders rugby squad.

He has also been an Otago Volts triallist, a member of the Otago Elite Junior Cricket Academy (2007) and the Dunedin cricket under-15, under-17 and under-19 teams.

A highlight of his year was playing in the Governor General's Invitation XI cricket team in a match against former Black Caps.

"I'm proud of how I've coped with starting over in a new country and the achievements I've made since I arrived."

Despite the trial, Kai says his greatest challenge will be choosing whether to pursue cricket or rugby.

"The days of double internationals like Jeff Wilson are long gone. The amount of commitment and money put into sport these days is different. You have to focus all your energy into one sport to be at the top."

Kai also excels in the classroom, having won several class prizes, and hopes to study medicine next year.

Role models: "Underdogs - people who have succeeded against the odds."

Hopes for the future: To study medicine at the University of Otago and continue sporting pursuits.