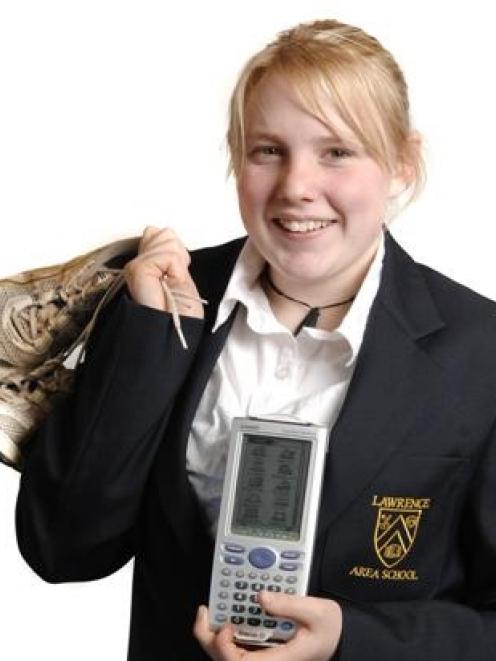 Balancing school work with extra-curricular school leadership responsibilities and sport is difficult, but the 17-year-old says her biggest challenge during the past year has been living in a flat.

She has been flatting with three other people since she was 16 and relies on a Government benefit and part-time work at a local store to pay her bills.

Making the money go far enough to pay for food, electricity and rent is challenging but Sharon says the experience has given her a crash course on budgeting and how to be independent.

"It would be easy to fall into the trap of being an under-achiever, but I try to take every opportunity that comes my way and I'm determined to make something of myself."

Sharon is a former cross-country champion and has a passion for the outdoors.

She completed a Sport Fitness and Recreation Industry Training Organisation National Award in Outdoor Experiences last year in which she achieved a river safety certificate, a first aid certificate and a belay licence to handle ropes for rock climbers.

While Sharon is comfortable looking after others in the outdoors, she plans to make a career out of pampering people in luxurious hotels.

She hopes to study a Diploma in Hospitality Management at Otago Polytechnic next year.

Role model: "I admire people who are going somewhere in life."

Hopes for the future: To study hospitality at Otago Polytechnic.