Birches have virtues too 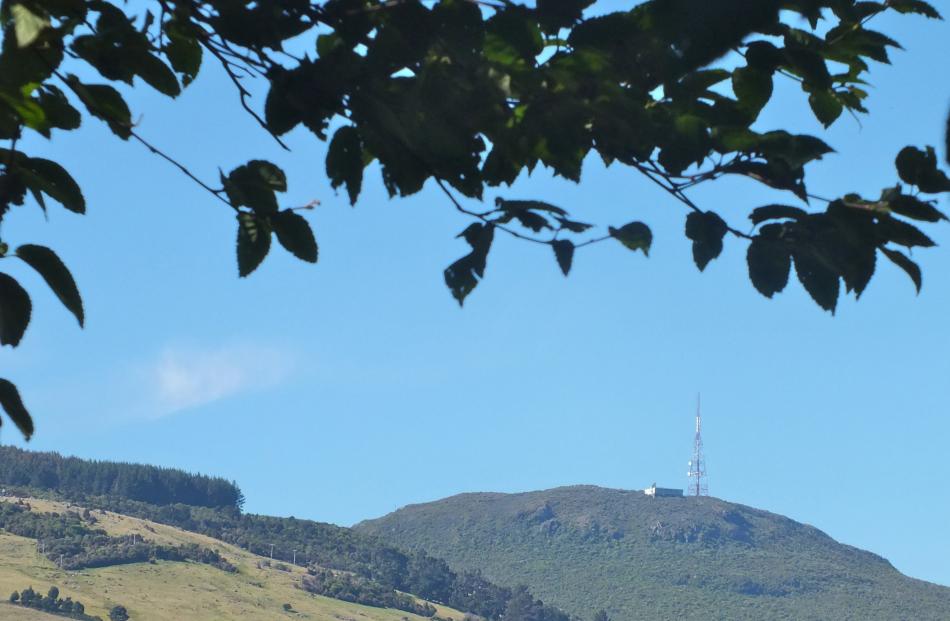 The leaves of a birch in Dunedin Botanic Garden frame a view of Mt Cargill. Photos: Gillian Vine. 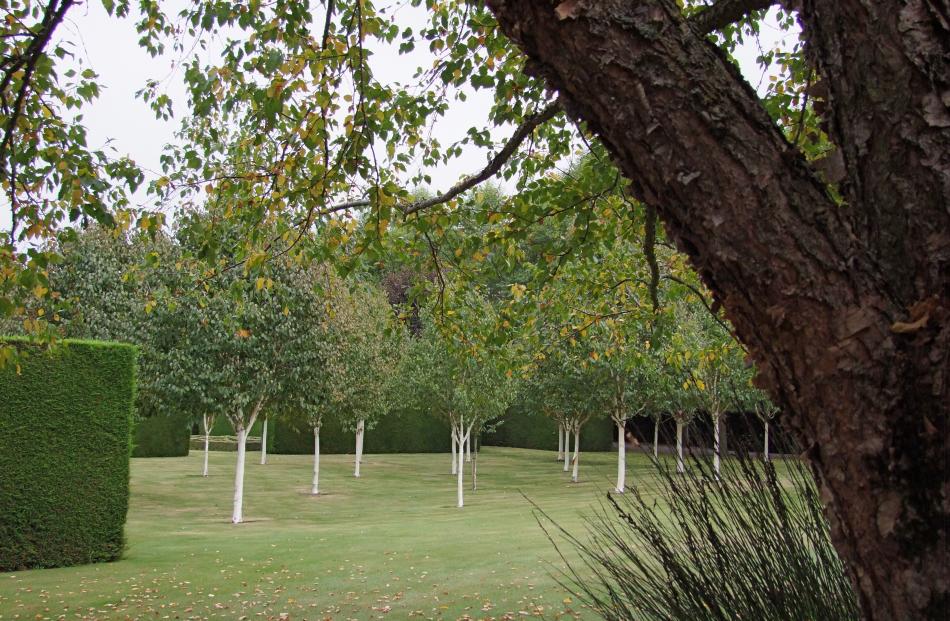 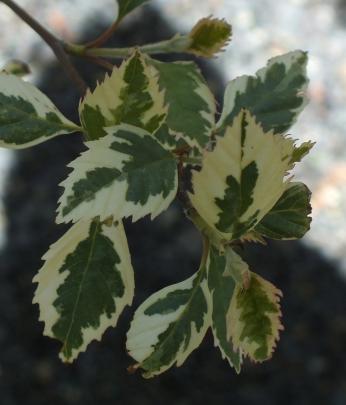 ‘Shiloh Splash’ is a dramatic river birch variety that will tolerate moist soil. 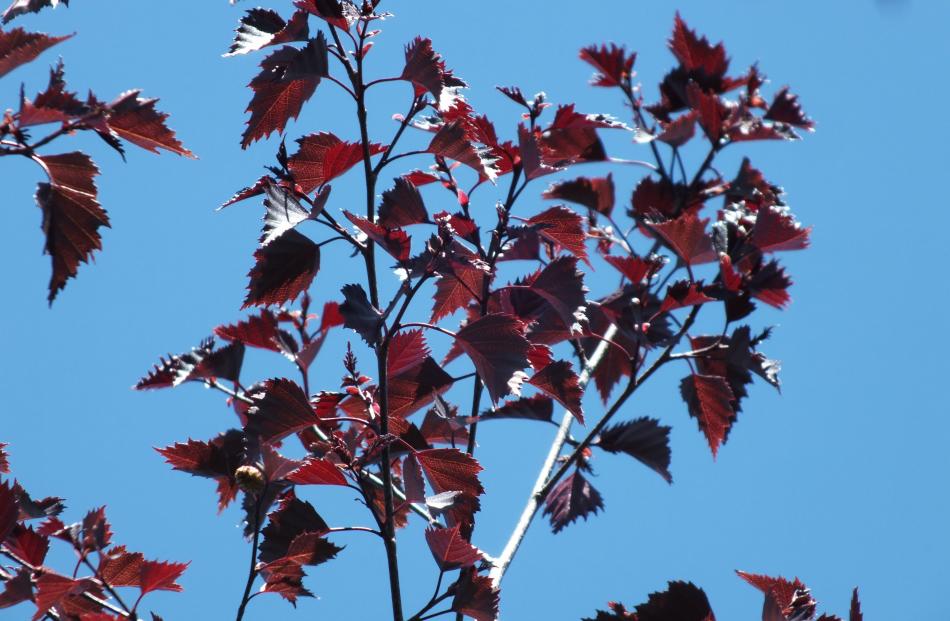 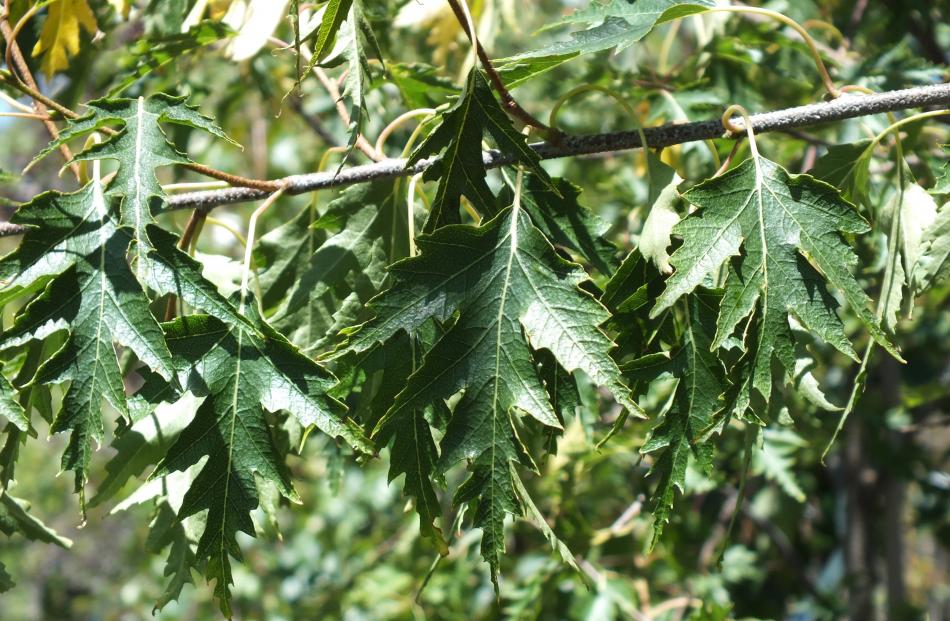 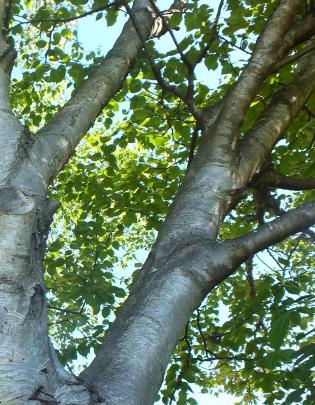 Bark of paper or canoe birch (Betula papyrifera) was used by Native Americans to make canoes. 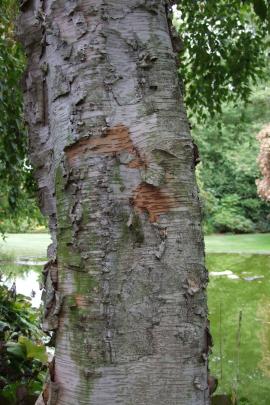 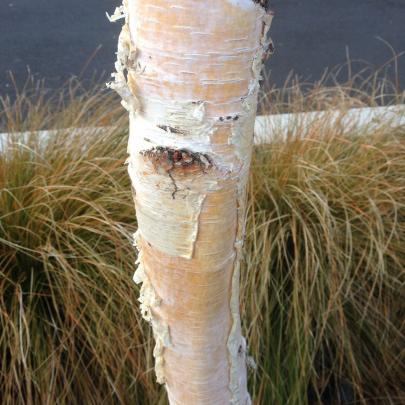 Pale bark with warm undertones is part of the appeal of Erman’s birch (Betula ermanii).

There have been calls to ban silver birches but they may not be as bad as some other trees, reports  Gillian Vine.

Birches have developed a bad reputation in recent years because their pollen appears to trigger asthma and hayfever attacks in some people.

The campaign against them has been led by Lincoln University Emeritus Prof Ian Spellerberg, who wants silver birches (Betula pendula) removed from parks and school grounds. The Auckland Allergy Clinic has weighed in, saying birch is now the main tree pollen causing allergic symptoms in New Zealand.

However, American Thomas Ogren, whose research produced what is known as the Ogren scale of allergy potential, ranks birches only 7 on his 10-point scale, with the related alder (Alnus) scoring 9, while all cypress (Cupressus) and olives (Olea europea) are rated 10, as is ryegrass (Lolium). These high-rated plants are the most likely to trigger hayfever or asthma attacks when their pollen is released.

Couple these ratings with the comment last year by University of Otago respiratory medicine and allergy expert Prof Julian Crane that little research has been done in New Zealand on birch pollen levels and how they impact on people’s health, and you may have sympathy for the birch family.

With 30-plus species and hundreds of cultivars to check, research could be a long exercise, not one to be whipped through in a single spring when the trees are shedding pollen. Olives and ryegrass are here to stay, so why not retain the best of the birches for, without scientific backing, it would be a pity to see birches vanish from the landscape.

Fast-growing, soft-wood deciduous trees native to Eurasia and the colder parts of the North American continent, most birches have attractive bark and colourful autumn foliage. In Europe and Britain, the birch rod — a bundle of smooth, whippy branches — was used to dish out punishment, generally on bare buttocks. A happier use was made by Native Americans, who made canoes from the bark of paper or canoe birch (B. papyrifera). In New Zealand, the main use has been ornamental, plus some early cultivation for firewood, for plywood and furniture veneer.

The most familiar tree in the family is the silver birch, native to Europe, North Africa and northern Asia. From about 1900, it was grown in state forests, often on the edges of pine plantations, and soon became a popular ornamental tree. It was probably not the first birch to be imported: white birch (B. alba) was being grown in Christchurch by the early 1860s and in Dunedin two decades later, while sweet birch (B. lenta) was being sold by a state forest nursery in Queenstown in 1886.

The initial selling point was probably pale bark but not all birches have this, as some trunks are dull greyish-brown and others showing shining chestnut as papery older layers peel back.

Standouts among the white-trunked birches are B. ermanii, whose pale colour has a pinkish undertone; Himalayan birch  (B. utilis) and its cultivars, including ‘Dazzler’, ‘White Spire’ and ‘Silver Shadow’; and canoe birch, whose smooth bark tends to be silvery in older trees. If white does not appeal, Chinese red birch (B. albosinensis) has russet bark covered with an almost powdery bloom; ‘Jermyns’ is a Himalayan birch with peeling pinkish and copper-brown bark; and a newer variety of silver birch is ‘Wades Golden’, whose yellow stems are a winter eye-catcher.

Leaf colour or form is the appeal of other birches, many bred from the common silver birch. Two of the best from this group are ‘Black Prince’ and ‘Purple Splendour’, whose dark purple leaves hold their colour well through summer. Swedish or cut-leaf birch also derives from silver birch and it has deeply indented leaves and weeping form.

The North American river birch (B. nigra) has been used in breeding programmes, too. ‘Summer Cascade’ is an elegant weeping form, with green foliage that turns gold in autumn. Typical of the river birches, it has shaggy brown bark, as does ‘Shiloh Splash’, which was developed from a sport (natural hybrid) on a tree in North Carolina. The leaves are striking with green centres and bold ivory margins.

Some may want to eradicate birches but they remain attractive options for many gardeners, especially those with larger properties where the weeping forms can be sited to be appreciated throughout the year.