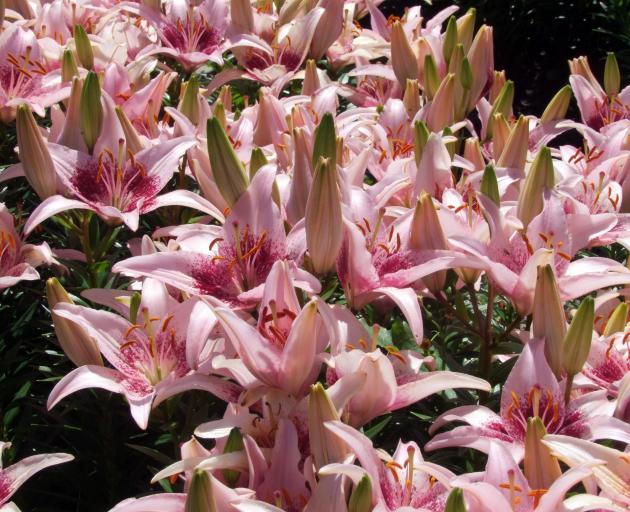 If I were a better-organised person, I wouldn’t have got myself filthy last weekend, scrabbling in the shed to try to find a plant label that I knew was there somewhere. More sensible gardeners have books that they stick such things in, so maybe it’s time I followed their example. 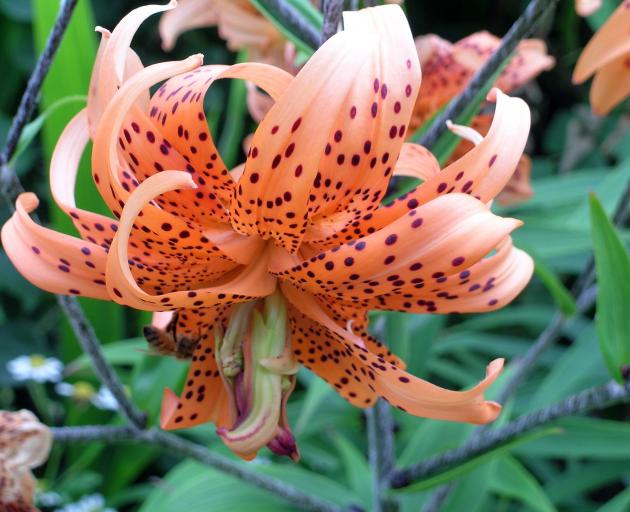 The lily in question is Sebring, a white Oriental that belongs to a group called patio or pixie lilies because they grow only to 60cm, with clusters of scented flowers.

Incidentally, if a light pink patio lily is your preference, Souvenir is lovely.

This was Sebring’s first season for me and I was impressed at how well it multiplied, not only because the bulbs fattened up brilliantly and split but also because this is one of the lilies that grows little bulblets on the stem, just under the ground, so they multiply quickly.

Tiger lilies (Lilium lancifolium) also produce little offsets but in their case, they grow on the stems as brownish-black bulbils. Bulbils and bulblets are a good way to get more plants but will take about three years to bloom, as will those grown from scales. Seed will take at least that long to produce flowers, so patience is needed.

Lilies are really rewarding bulbs for southern gardeners, as they are hardy — some will cope with temperatures as low as -30degC — and long-lived.

There are about 90 species, all from the northern hemisphere, plus thousands of hybrids, with double flowers a feature of some newer cultivars. 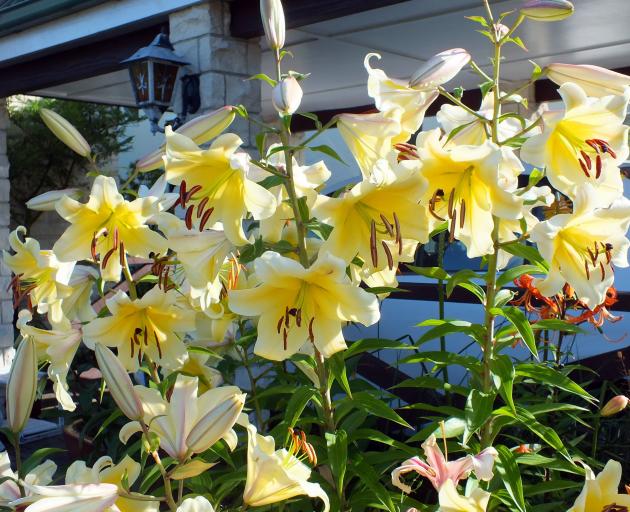 Conca d’Or is a reliable Oriental-trumpet (OT) lily.
Lilies are usually summer-flowering, come in almost every colour except blue and for show purposes are divided into nine divisions.

For most gardeners, those divisions are less important than choosing for colour, perfume (or not) and height.

On the subject of height, Cardiocrinum giganteum, a Himalayan woodland bulb whose stems will grow 3m or more, was once classified as a lily and is still generally known as the giant lily.

If perfume is your thing, L. regale, Oriental lilies and Oriental Trumpet (OT) are top choices. Stargazer, Casa Blanca and Santander are worthwhile orientals; African Queen is a stunning apricot-bronze trumpet; and Conca d’Or is a popular OT for lemon and white flowers, tall (2m), strong stems and fine scent.

Of the species, the Madonna lily (L. candidum), which flowers at Christmas, smells heavenly but bulbs are difficult to obtain. They were popular many years ago with Central Otago gardeners, as they are of Middle Eastern origin and prefer dry conditions. If you have these beauties, treasure them to keep them going. 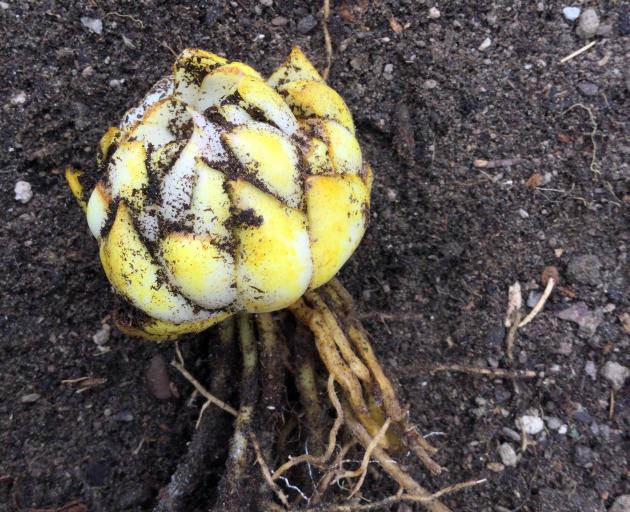 A patio lily bulb ready to be bagged for sale.
For those who react badly to lily perfume, concentrate on Asiatic and Turk’s cap (L. martagon) types.

Although most lilies prefer an acid soil, Otago Lily Society president Louise Ardley says not to panic if your soil has some lime in it, as she feels the old adage that lilies hate lime is something of a myth. 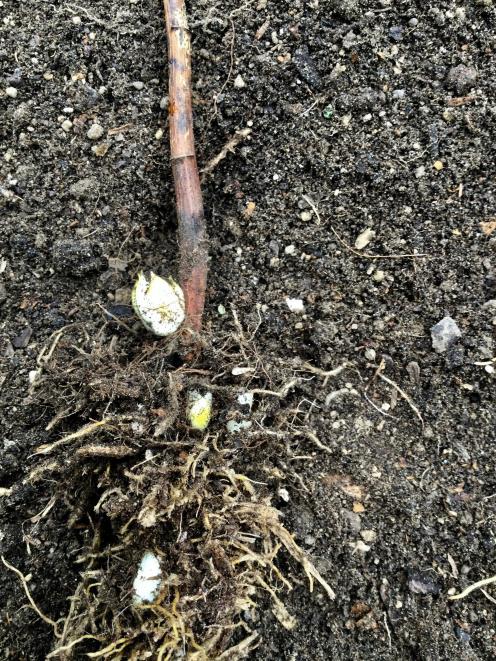 This is the time of year to plant and divide lilies. Except for martagons, which prefer a shady spot and fairly moist (not boggy) soil, lilies do best in well-drained ground where they get lots of sunshine but don’t dry out. Mix in a handful of blood and bone or bone dust before planting about 10cm deep and enrich the soil with general fertiliser after cutting dead stems down in autumn.

If they are left in place, flowering is generally better each season but if lilies don’t perform well, lift them and rework the ground, adding compost and blood and bone.

Three years ago, the Otago Lily Society’s annual bulb sale was expected to be its last, as interest appeared to be waning. However, lilies have become increasingly popular as Covid-19 brings more enthusiasm for gardening, so the sale is back, alongside daffodils from well-known grower Alan Brown. The sale is being held at the St Kilda Bowling Club, 33 Royal Cres, Dunedin, from 11am until 2pm tomorrow. Please bring your own bags for purchases.