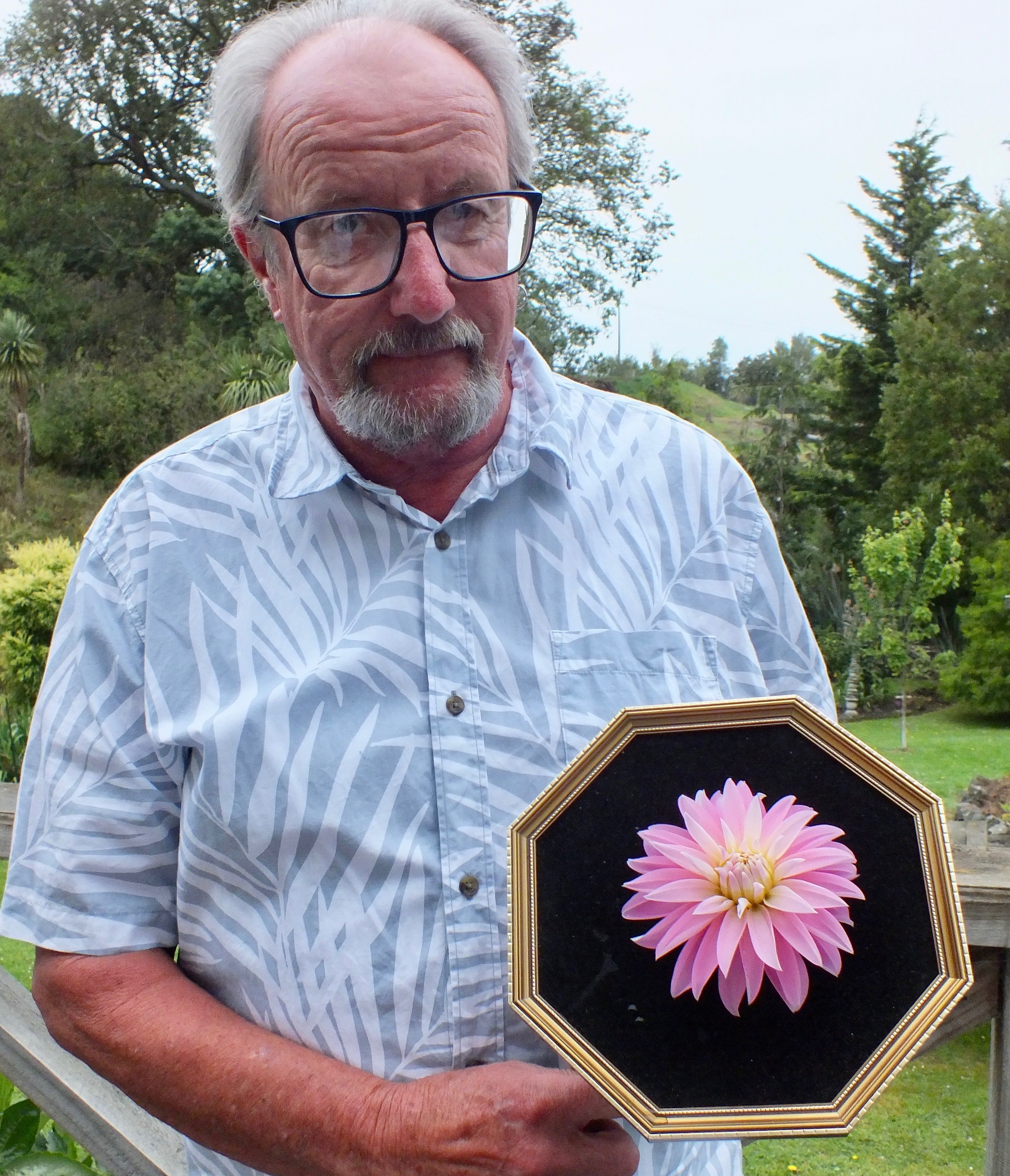 DHS president Stuart Brown with a dahlia in a frame, a new category at this weekend’s show. PHOTOS: GILLIAN VINE
The Dunedin Horticultural Society has a new show venue. Gillian Vine reports.

After 20 years at Forbury Park, the Dunedin Horticultural Society has made a move and this weekend’s show will be held at the St Kilda Bowling Club.

The change of venue was dictated by the discovery of a major leak in "the dungeon", the downstairs venue at Forbury Park, which then was closed.

The news was given to the DHS just before Christmas and president Stuart Brown admits it was a bit of a scramble to find somewhere suitable in time for the society’s summer show. 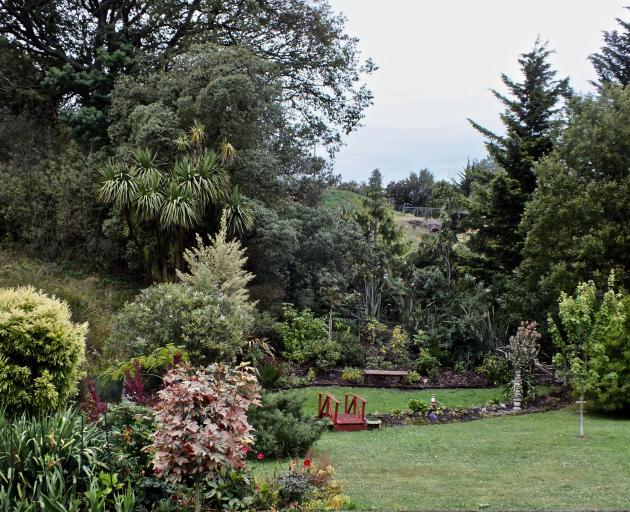 The rear of Stuart and Lesley Brown’s Waikouaiti garden ‘‘borrows’’ tall trees from neighbouring gardens to get maximum impact.
"But I’m more than happy with the St Kilda Bowling Club," he says, "though it will be a challenge for Neil Judd, our show manager, coping with laying out the show in the new venue." 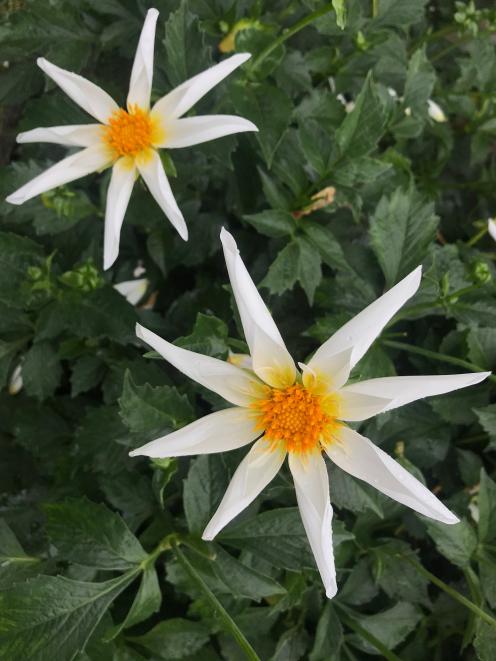 A star collerette, Acacia Star. Sometimes called orchid dahlias, this type has become more familiar in recent years.
Stuart is confident that Neil has it all under control, having spent time checking out the bowling club well ahead of the show.

Running parallel to the DHS event is the Dunedin Dahlia Circle’s annual show.

Judging is a team affair, with Stuart’s wife, Lesley, one of the local judges, as is the circle’s president Wayne Judd.

Because Stuart and Lesley will be entering some of their own extensive collection of dahlias, she will not be able to judge in some classes.

Out-of-town judges are John Cuthbertson, of Hinds, and Garfield Andrew, of Timaru.

"John and Garfield are great dahlia growers and it’s good to have them down here," Stuart said.

Mr Cuthbertson also runs the New Zealand Dahlia Society’s South Island trial ground, while a North Island trial ground has been re-established at Kowhai Park in Feilding. These two locations enable new varieties, including home-bred ones, to be tested to see how well they grow here.

Those who want to try breeding their own should find it entertaining, Stuart says, as a single seed head can yield half a dozen or more different-coloured blooms. 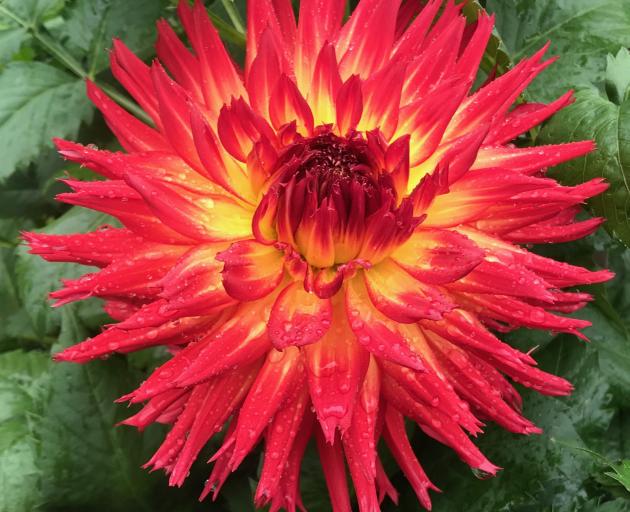 The fimbriated (forked) ends to its petals add to the appeal of this bi-coloured bloom.
A new class at the dahlia show is for a single bloom in a frame.

"It’s something anyone can enter, even if they’ve only one dahlia and it’s good for some of the newer dahlia growers," he says.

There is an important difference in putting entries into the two shows: DHS entries have to be phoned in by the Wednesday before each show, tricky if an exhibitor can’t choose what will be in good shape at the weekend. 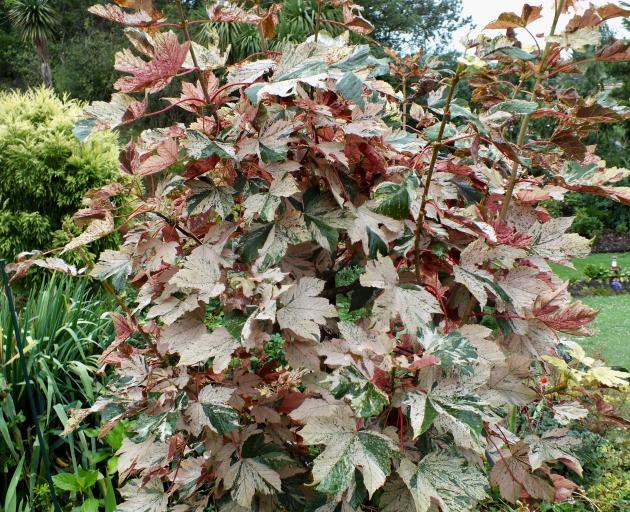 A variegated maple, Acer pseudoplatanus Esk Sunset, in the Browns’ garden.
By contrast, the dahlia circle operates by inviting people to bring their flowers along on the Friday evening and Saturday morning before judging starts at 10.30am. Members are on hand to help and give friendly advice.

"I would like to see both groups using the same method for show entries, as I think being able to bring flowers just before a show encourages people who have not shown before," Stuart says. 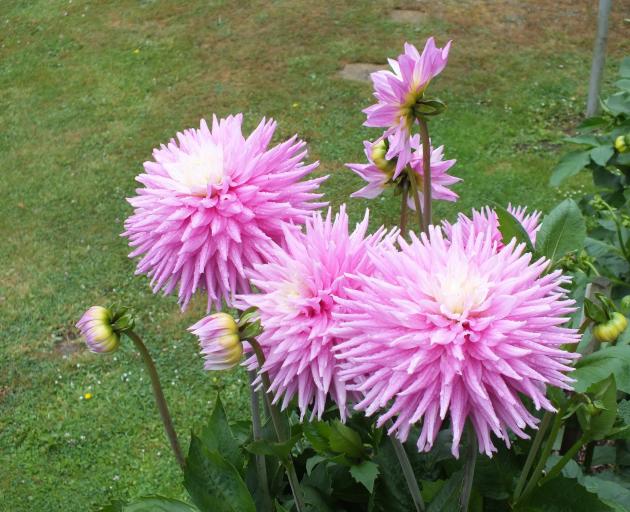 "Of course, that means the DHS, as well as the Dunedin Dahlia Circle, would have to have people on hand to help newcomers stage their entries in the correct classes."

But if that is what it takes to keep the DHS vibrant, he believes that is the way forward. 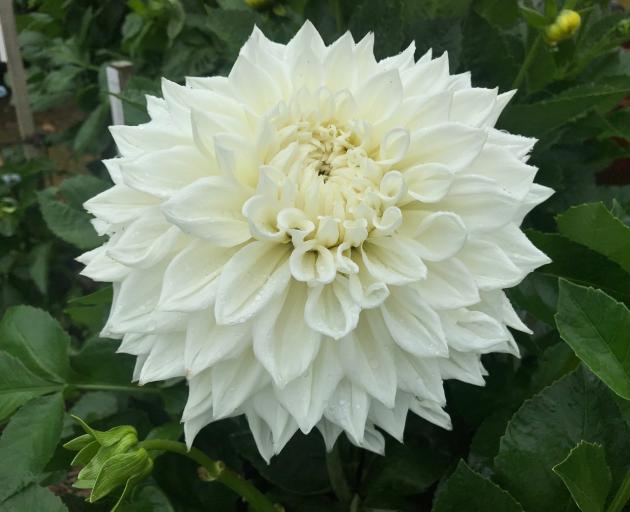 Ryecroft Ice is a large decorative dahlia popular with exhibitors.
- Entries in the Dunedin Dahlia Circle part of the show can be taken to the St Kilda Bowling Club, cnr Ravelston St and Royal Cres, St Kilda, from 3pm-7pm today or from 8am-10.30am tomorrow. The show is open to the public 2pm-5pm tomorrow and 10am-4pm on Sunday.
Comment now